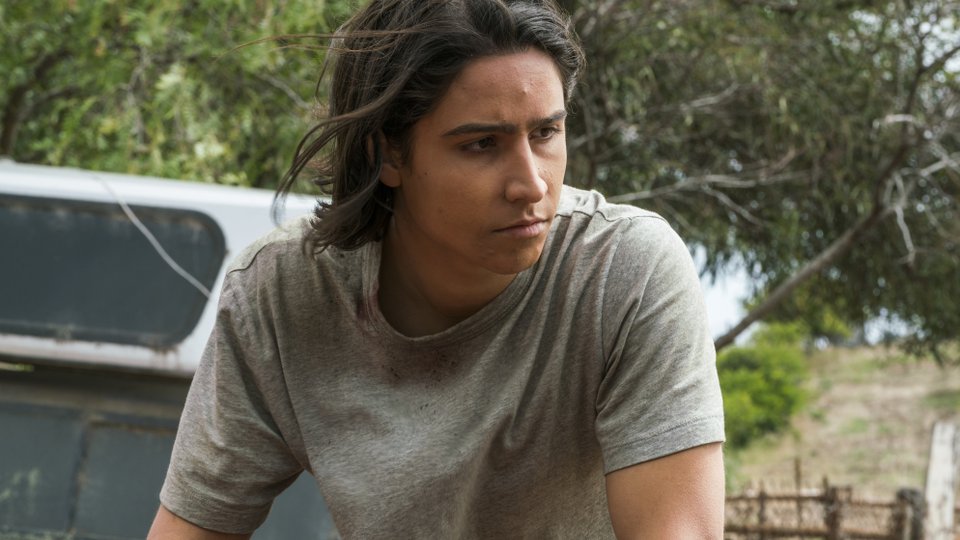 Madison (Kim Dickens) and the wedding party guests trapped in the hotel tried to make it a secure and liveable environment on the latest episode of Fear the Walking Dead.

Things quickly went horribly wrong when Ilene (Brenda Strong) stabbed Strand (Colman Domingo) as she struggled to cope with the grief of losing her daughter. Madison insisted that Ilene was locked up indefinitely and warned everyone that any violence would result in them being banished from the hotel.

Madison upset Alicia (Alycia Debnam-Carey) when she started to focus on finding Nick (Frank Dillance), neglecting to take care of her. Despite protests from the others, Madison cranked up the hotel generator to try and attract Nick’s attention.

Meanwhile Nick continued to get deeper into the drug trade, Ofelia (Mercedes Mason) was shown to be alive and well as she headed to the US, and Travis (Cliff Curtis) spotted the hotel when the lights were turned on.

The next episode of the season is Date of Death. Refugees flood into the hotel, including an unexpected refugee from our group. Madison struggles to cope with the situation.

Tune in to AMC at 9/8c in the US on Sunday and AMC UK at 9pm in the UK on Monday. Preview the episode with our gallery below: