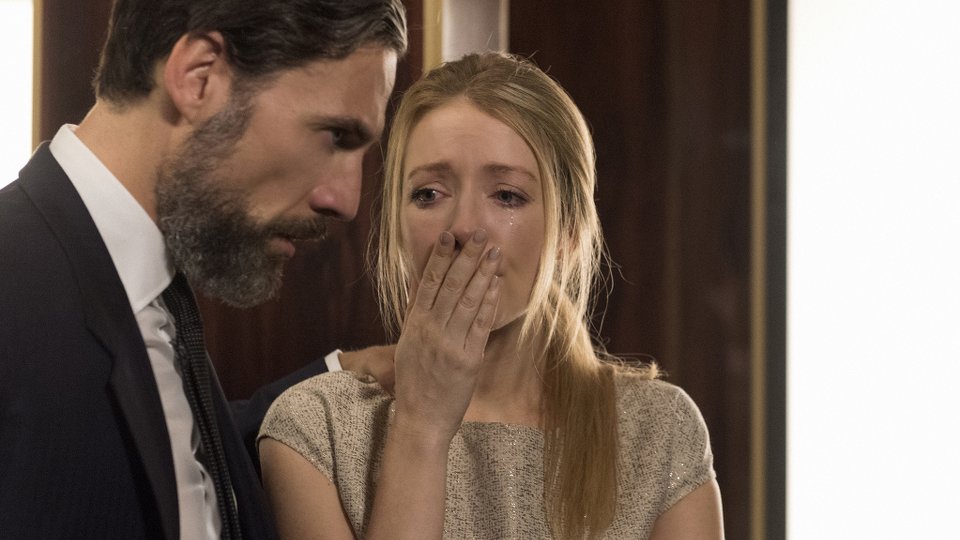 Daliyah (Melia Krelling) paid the consequences for taking a stand against Barry (Adam Rayner) on the latest episode of Tyrant.

She tipped Fauzi (Fares Fares) off so he could leave town with her son when she discovered that his life was in danger. Daliyah decided to remain in Abuddin to speak out against Barry and soon found herself called to the palace to see Molly (Jennifer Finnigan).

After the tense encounter, Daliyah returned home but was soon arrested and thrown in prison. Barry tried to appeal to her but Daliyah was adamant that she was opposed to his actions.

Elsewhere in the episode Nafisa (Annet Mahendru) attempted to poison Al-Qadi (Khaled Abol Naga) but decided to come clean before he drank his lethal tea cocktail she’d made.

The season (and possibly series) finale is Two Graves. Barry does whatever he can to make sure Daliyah doesn’t kill herself, while a rally for Leila at the University is interrupted by Maloof’s forces.

Tune in to FOX HD at 9pm Monday to see the episode. Preview it with our gallery below: