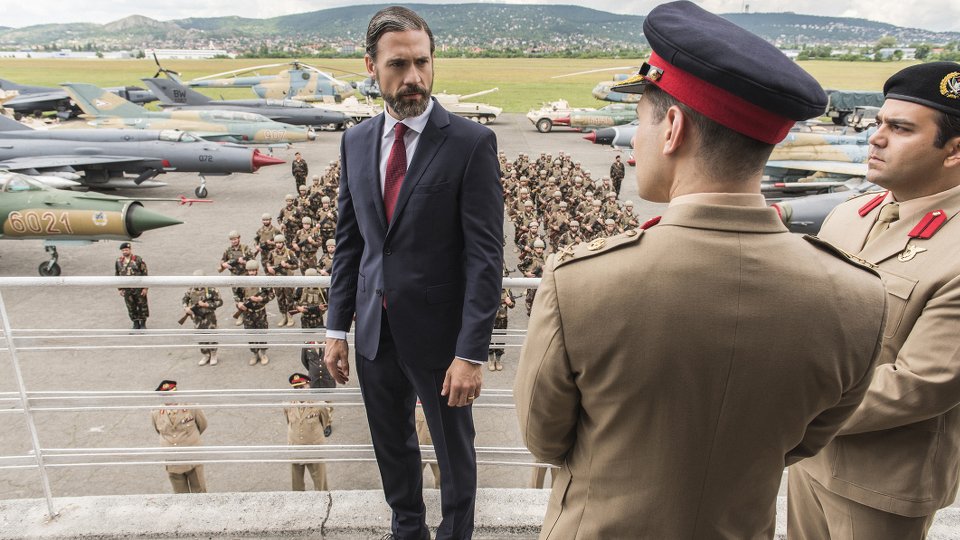 Daliyah (Melia Kreiling) was the only survivor of a terrorist attack on the Truth and Dignity Commission in the latest episode of Tyrant.

Saved by one of her colleagues, Daliyah pretended to be dead until the attackers left. In retaliation Barry (Adam Rayner) wanted to kill those responsible but Daliyah begged him to end the killing. Prior to the attack Fauzi (Fares Fares) proposed to Daliyah but she didn’t give him an answer.

Elsewhere in the episode Al-Qadi (Khaled Abol Naga) requested a meeting with Ihab (Alexander Karim) much to Barry’s dismay, Sammy (Noah Silver) accidentally revealed his relationship with Professor Haitham El-Amin (Raphael Acloque) to Barry when the Professor was brought into the palace for questioning over his anti-Presidential blog, and Leila (Moran Atias) decided to leave the palace as she launched her own bid for President.

The next episode of the season is Bedfellows. Haunted by Emma’s death and his failure to kill Ihab, Barry pushes away his closest allies – including Daliyah.