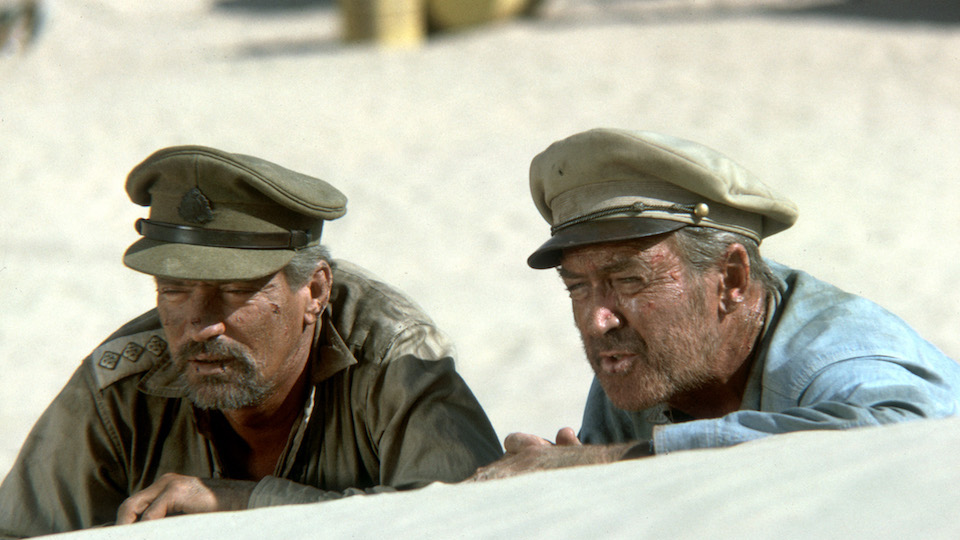 Flight of the Phoenix Blu-ray review

Stewart plays Frank Towns, a cargo pilot flying a twin-engine aircraft across the Libyan Sahara, from Jaghbub to Benghazi. His passengers include army officers, a German engineer, and several oil workers. When a sudden sandstorm destroys the engines, Towns is forced to crash land in the desert. With no hope of rescue, the survivors are left with only one choice: to try and rebuild the plane and fly themselves to safety.

Aldrich makes excellent use of the locations, showcasing the beauty and harshness of the landscape, whilst also conveying the hopelessness of the survivor’s situation. This is a real triumph-of-the-human-spirit kind of movie, where the tough guys, the cynical guys, the smart guys, and the crazy guys must put aside their differences and endeavour together if they want to get through this. Look too closely however, and there are numerous moments of implausibility and behaviours from the men that make no sense under the circumstances. But it doesn’t in any way detract from the chief pleasure of the film, namely the irascible interactions between the characters.

As well as being a marvellous example of Aldrich’s old school and physical style of filmmaking, the film also wanders into some interesting thematic territory, asking questions about individuality, survival of the fittest, and what it means to be a leader. With it’s overly long running time, and lack of obvious action, Flight of the Phoenix was a box office failure when initially released. Over the years it has been quite rightly reassessed. It may not be the finest film from his stunning back catalogue, but Robert Aldrich is most definitely a master of cinema.

This release comes as brand new high definition 1080p presentation. On this disc there is also a new interview with film historian Sheldon Hall, and the original theatrical trailer. The blu-ray also comes with a booklet featuring a new essay by film scholar Neil Sinyard, and archival imagery.