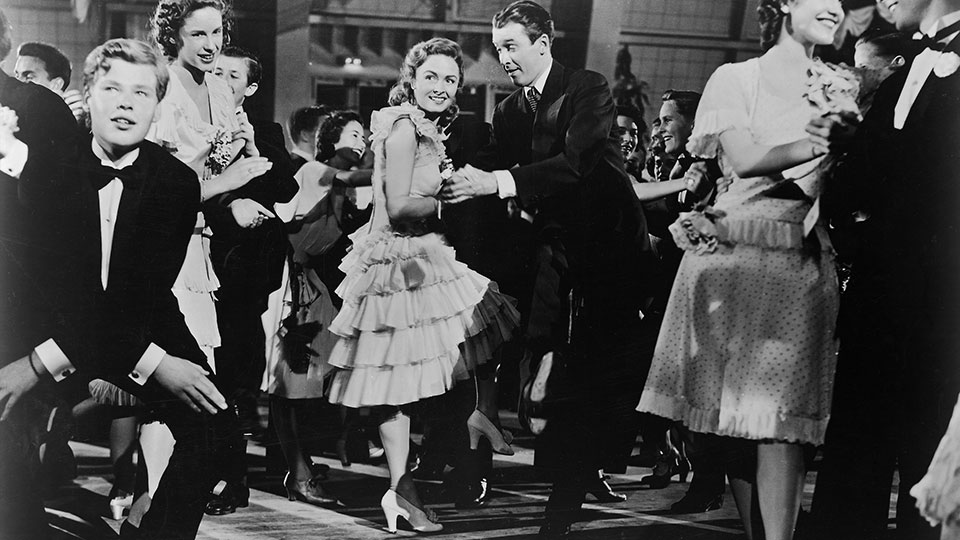 George Bailey (James Stewart) contemplates committing suicide on Christmas Eve 1945 in Bedford Falls. As he’s about to end it all, an angel named Clarence Odbody (Henry Travers) is sent down from heaven to save George. Clarence studies the different stages of George’s life from when he was a young boy through to the moment that led to him deciding to take his own life so that he can understand why George is ready to make such a drastic decision. Can Clarence show George that there are more reasons for him to live than take his own life?

It’s a Wonderful Life is one of the best movies ever made and it’s certainly the best Christmas movie. Released in 1946 the film was a commercial failure and it wasn’t particularly well-received by critics either. Over the years the film has become a classic and it finds an eager audience around the festive season every year. The latest reissue is a new restoration that was commissioned for the film’s 4K and the same restoration has been used for the Blu-ray version too.

The actual film is faultless. The charismatic lead performance from James Stewart is always riveting, no matter how many times you’ve seen it, and he’s matched by the excellent Donna Reed as his love interest Mary. The story packs in plenty of humour, emotion and moments that make you just sigh with happiness. It’s an important tale about kindness and how actions can lead to unexpected consequences and wonderful surprises. Set against the backdrop of Christmas, it never fails to hit me in the feels every time I watch it and I’d be lying if I said I didn’t shed a few tears with my annual watch.

George Bailey is a character you care for deeply. Watching him grow from a young boy who loses his hearing after saving his younger brother from drowning in a frozen lake into the responsible young man he becomes with a wife and family to care for, you can’t help but be moved by his story. It helps that Stewart oozes charisma and he balances the film’s sentimental and comedic elements expertly.

Extras on this release include three featurettes that take you behind the scenes of the restoration talking to the people involved and show footage of the cast in rarely seen home movies. It’s interesting to learn about the history of the film and the restoration so these are great value adds.

It’s a Wonderful Life is an incredible film and one that demands to be viewed every Christmas. For me, this Blu-ray release isn’t as strong as the previous one. Perhaps the 4K version looks a lot better but I’ll stick with the original Blu-ray release. Those that have never seen it before, and won’t have anything to compare it to, will enjoy this newest release and the most important thing is that the classic film continues to be talked about, shown and made available.

Advertisement. Scroll to continue reading.
In this article:Donna Reed, It's A Wonderful Life, James Stewart