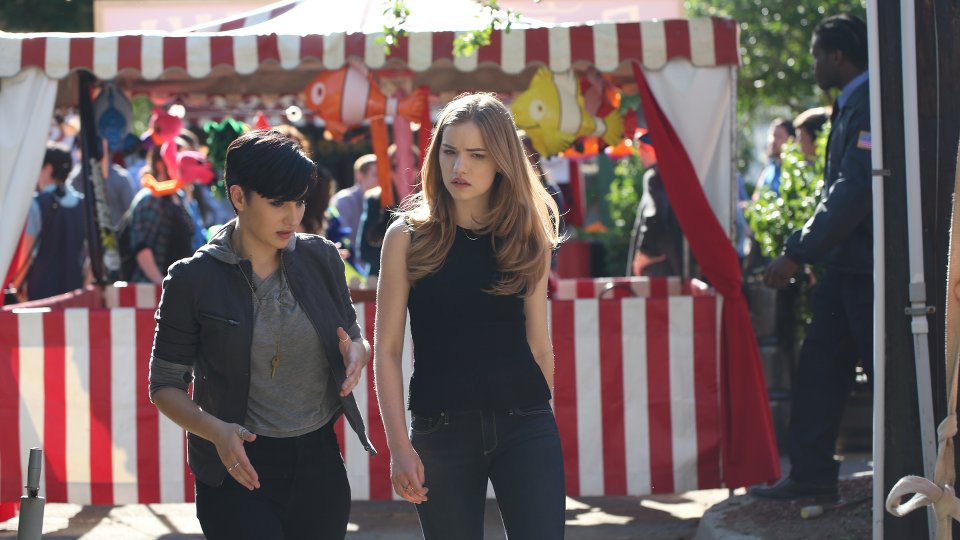 Is Eli (Sean Grandillo) involved in the killings or is he one big red herring? That’s the question we were left with after the latest episode of Scream.

Kieran’s (Amadeus Serafini) creepy cousin took full advantage of Emma (Willa Fitzgerald) after she fell out with Kieran again. He told her about his habit of entering abandoned houses for a thrill and took her to one to try and make a move on her. The house contained the body of Eddie and the barely alive Seth (Bobby Campo) but whether or not Eli knew that was unclear. Both bodies perished when the house was set alight forcing Emma and Eli to flee before they made the discovery.

Elsewhere in the episode Zoe (Kiana Ledé) discovered Audrey’s (Bex Taylor-Klaus) secret and sent Noah’s (John Karna) audio file to someone via email, Brooke (Carlson Young) continued to be tormented by the killer and asked Audrey to accompany her to the school where they found Miss Lang (Austin Highsmith) unconscious, and Maggie (Tracy Middendorf) seemingly has a shared secret with Sheriff Acosta (Anthony Ruivivar) regarding Brandon James.

The next episode of the season is Village of the Damned. The killer forces Emma through a gauntlet of not-so-fun games during the Lakewood Days Carnival; and Brooke launches an attack on the entire town.

Tune in to MTV Tuesday at 10/9c in the US and Netflix on Wednesday in the UK to see the episode. Preview it with our gallery below: