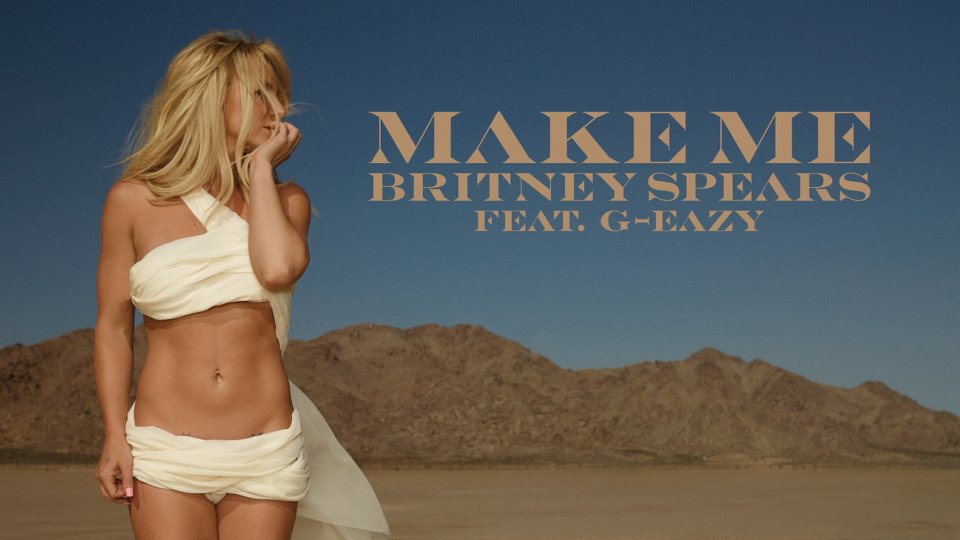 Britney Spears has unveiled the audio for her new single Make Me… feat G-Eazy.

The eagerly awaited track is the first to be lifted from Britney’s upcoming ninth studio album and her first release since 2015’s Pretty Girls with Iggy Azalea. The song is a bit of a departure from Britney and not quite the uptempo jam that we expected following the buzz surrounding the song.

Britney’s distinctive vocals wrap around sparse beats and dreamy melodies. Make Me… is one of the most sensual and seductive songs we’ve heard from the popstar to date and it’ll be interesting to see how it fares on the charts.

The debut of Make Me… comes after a snippet of new song Private Show was teased earlier this week in an advert for Britney’s latest fragrance.

Make Me… is available on Apple Music and in the iTunes Store now.

In this article:Britney Spears, G-Eazy