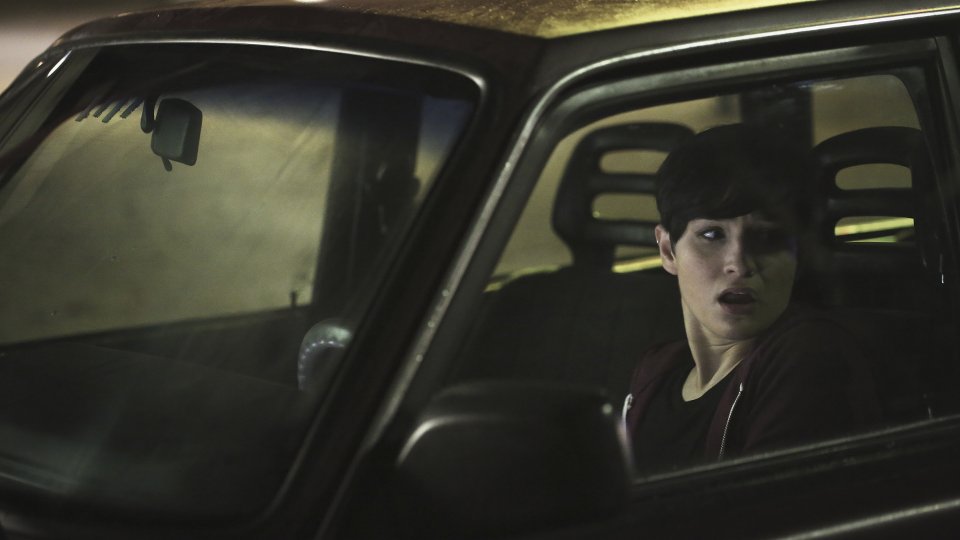 Audrey (Bex Taylor-Klaus) went into panic mode on Scream this week as Noah (John Karna) got closer to find out about her involvement with Piper (Amelia Rose Blaire).

When Noah decided to chase up a lead at the motel that Piper had been staying at, Audrey sabotaged the opportunity by threatening the motel clerk via phone call using the creepy Ghostface voice. Even though he didn’t manage to find much out, Noah did get a lead after learning that the belongings of former motel visitors were put in storage if anything was left behind.

Audrey got the storage first and she found Jake’s (Tom Maden) dead body with a message pinned to him saying the new killer was finishing off her work.

Elsewhere in the episode Kieran’s (Amadeus Serafini) aunt and cousin moved into his home, Emma (Willa Fitzgerald) was surprised to learn that her father was back in town, and Brooke (Carlson Young) almost report Jake missing but got a text from his phone asking to meet.

The next episode of the season is Vacancy. Emma grapples with the implications of her father’s return, while a bloody gift reveals Audrey’s stalker has graduated from fun and games to outright murder. Branson returns to Lakewood leaving Brooke to question his intentions.

Tune in to MTV at 11/10c Monday in the US and Netflix Tuesday in the UK to see the episode. Preview it with our gallery below: