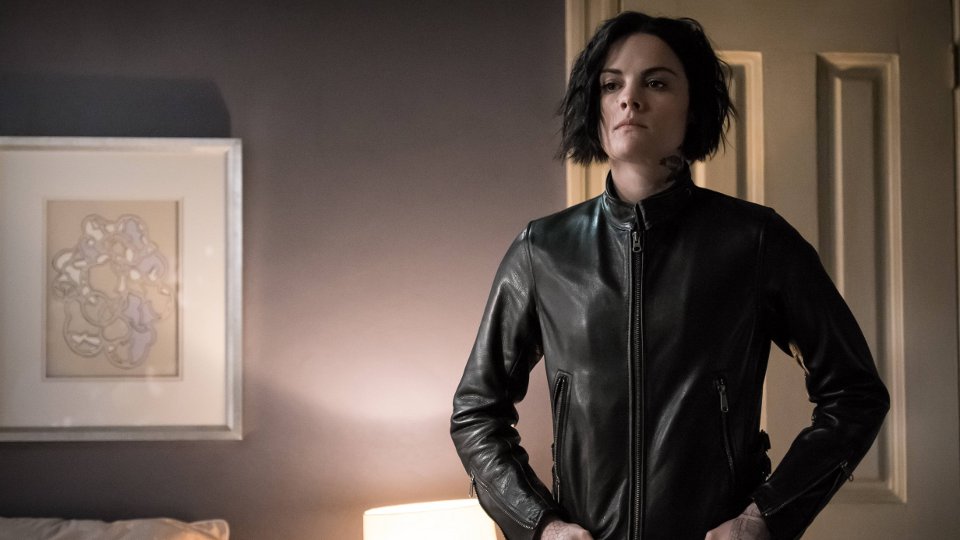 On the latest episode of Blindspot, Jane (Jaimie Alexander) went straight to confront Oscar (François Arnaud) after realising he’d been using her the whole time to take down Mayfair (Marianne Jean-Baptiste).

Oscar admitted that taking down Mayfair had indeed been the goal and that it was Jane’s plan. Suddenly Sofia (Sarita Choudhury), Mayfair’s ex, walked in and triggered a flashback for Jane. It turns out that Jane brought Sofia into it and wanted her to help bring down Mayfair because of the mysterious ‘Project Daylight’. Taking down Mayfair was also referred to as just Phase 1 of their plans.

Mayfair got released and put on house arrest complete with an electronic ankle bracelet to keep tabs on her. Meanwhile Weller (Sullivan Stapleton) was temporarily put in charge while FBI Director Pellington (Dylan Baker) carried out the investigation and looked for a suitable replacement. Pellington wanted the Jane Doe project shut down.

Weller decided to keep the Jane Doe project running in secret. A new case arrived involving a baby that was found abandoned in a duffel bag, just like Jane. The baby also had a wrist tattoo identical to one that Jane had. The investigation eventually uncovered a group of scientists involved in creating designer children illegally.

Mayfair was desperate to know what was going on and her friend who had the blurred photo analysed for her stopped by. He’d managed to get it digitally enhanced revealing the driver of the car was Oscar – although Mayfair had never seen him before.

Mayfair worked her way through the clues and suspected that the man she ‘saved’ Alexandra from was probably involved. She managed to remove the tracking bracelet and attached it to her dog so that it would still be registered as moving. Next she tracked the man down who confirmed her suspicions. He also was able to show her that Alexandra had met with Sofia.

To try and find Sofia, Mayfair visited a shop that imported the brand of French cigarettes that Sofia smoked. After bribing the owner he said he remembered her and gave Mayfair a phone number. Mayfair passed it to Reade (Rob Brown) to trace and he confided in Zapata (Audrey Esparza).

The number is traced to a location which is where Oscar meets Jane. When Mayfair arrived she was surprised to see Jane their calling out for Oscar. She pointed a gun at Jane and accused her of betraying her and the team. A gunshot rang out as Oscar shot and killed Mayfair. Jane rushed to her side and in her last breath Mayfair said she wished she could be there when Weller finds out who she really is.

Back at the FBI, Weller was given Mayfair’s old job permanently. He didn’t want it and also didn’t want to hear that the Jane Doe project must be dropped permanently. As Jane cleared out her things, Weller joked that they could now date then grabbed and kissed her. They agreed to go for drinks.

At the end of the episode, before drinks happened, Weller got a call that his father was on his death bed. He rushed to his side and found him weak and seemingly confused as his life slipped away. In his last breaths he managed to tell his son that he did indeed kill Taylor Shaw and that he buried her under the fort. Weller was distraught and presuming that’s true then things just got a whole lot more interesting. Who is Jane Doe?

The final episode of the season is Why Await Life’s End. In the season finale, Weller searches for the truth, but finds only heartbreak, while Jane reaches out for help with Oscar.

Tune in to Sky Living HD at 9pm on Tuesday to see the season finale. Preview the episode with our gallery below: