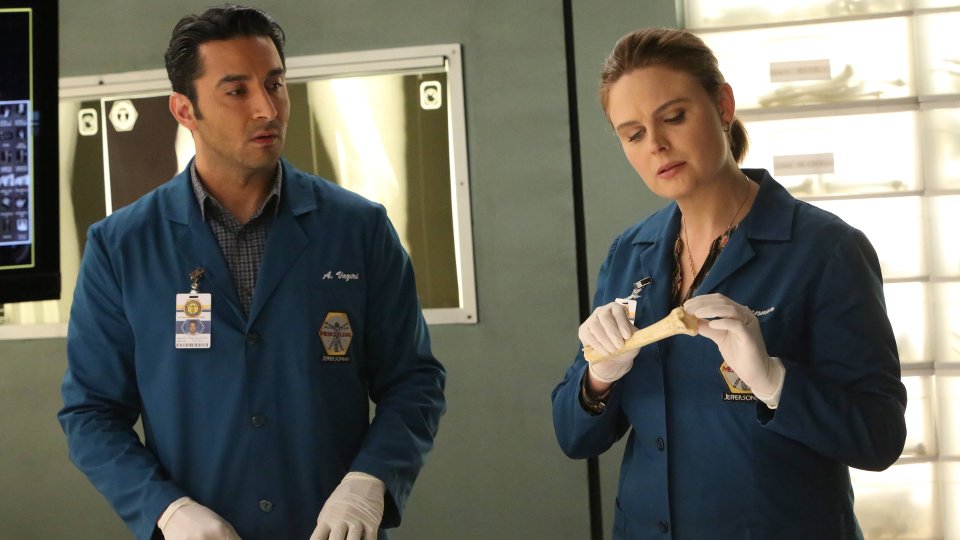 The Jeffersonian team investigated the murder of a Secret Service agent on the latest episode of Bones.

Fisher (Joel David Moore) returned to lead the forensic team while Brennan (Emily Deschanel) was sick at home with a cold. In typical Brennan style, she refused to stay home and arrived at the Jeffersonian ready to take charge, clashing with Fisher in the process.

Aubrey (John Boyd) was given a new partner when Booth (David Boreanaz) was told he couldn’t be part of the investigation due to his relation to John Wilkes Booth. Ignoring his orders, Booth threw himself into the investigation when he realised the murderer was part of the President’s detail.

The next episode of the season is The Movie in the Making. A documentary crew follows the Jeffersonian team as they investigate a corpse found in a landfill.

Tune in to Sky 1 HD at 9pm on Monday to see the episode. Preview it with our gallery below: