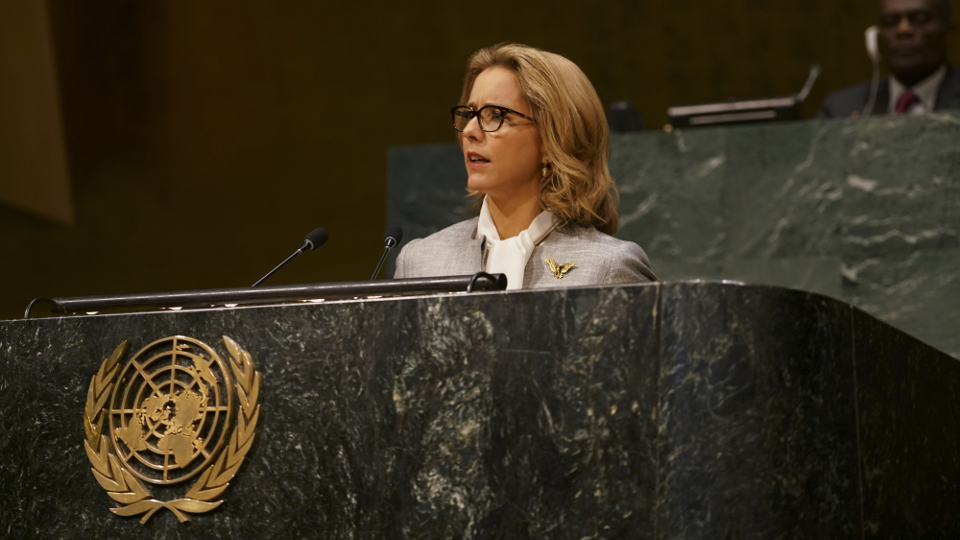 In the latest episode of Madam Secretary, the focus switched away from Hizb-al Shahid as Elizabeth (Téa Leoni) had to deal with a different terrorist group Boko Haram.

An American named Chris was sent to Cameroon negotiate with the Boko Haram leader on the behalf of Iraq. He was trying to broker a deal to trade five of their captured fighters for 106 Nigerian schoolgirls held by the group. The terrorists refused.

Back in America, Chris met with Jay to discuss the issue. After the meeting he collapsed and it was discovered that he had contracted the Marburg virus. Due to how contagious and deadly the disease is, Chris, Jay and others were taken immediately for medical treatment.

Chris wasn’t responding to treatment so was given an experimental drug as a last resort. It worked and saved his life but there is only three doses left in the world.

After finding out the Boko Haram leader was also infected, Elizabeth proposed giving him one of the doses in exchange for peace for the medical teams. The plan didn’t sit well with all involved but if it worked it would prevent a massive outbreak of the disease. As with all of Elizabeth’s plans, it worked.

Elsewhere in the episode, Elizabeth and Henry (Tim Daly) were trying a bit too hard with Stevie’s boyfriend, Jareth, because they really like him.

Russell Jackson was going mental over the efforts to catch or kill Jibral Disah. They sent a drone to the origin of Hijriyyah’s email but found a compound with little activity and no sign of Disah or Hijriyyah.

Scanning the compound with microwaves revealed a secret tunnel that the terrorists were using to come and go in secret. Focusing on the end of the tunnel they find supply trucks arriving and eventually spot Disah. As the Americans prepared to take him out, Disah is alerted to their presence. He rushed into a crowded market and while Russell was keen to take the shot they decided the loss of innocent life was too great.

At the end of the episode, Russell sent in a special ops team to extract Hijriyyah.

The next episode of season two is Ghost Detainee. After delivering her first speech to the United Nations General Assembly formally condemning Hizb-al Shahid, Elizabeth negotiates a coalition against the terrorist group with the Russian Foreign Minister. This development creates tension between Elizabeth and Henry, who is searching for a way to save Talia Petrov from the Russian government in the midst of Elizabeth’s negotiations.