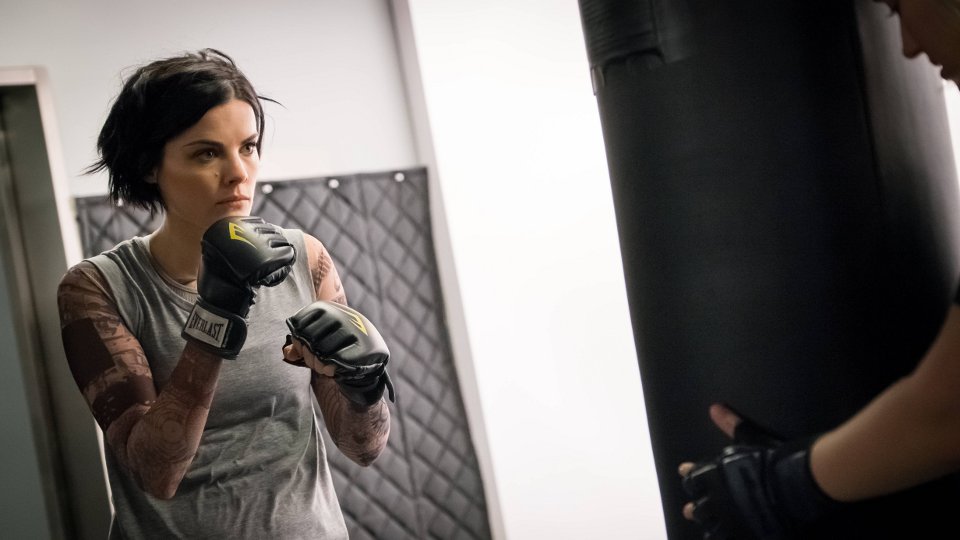 On the latest episode of Blindspot, the team found a young girl covered in blood. She wouldn’t talk to Dr. Borden (Ukweli Roach) but he soon realised that she was autistic. He also discovered that she had an incredible photographic memory from the drawings in her sketchbook.

He recognised one of the drawings because Jane (Jaimie Alexander) had the same tattoo. It turned out to be the symbol of the Armadi terrorist group. This allowed the team to identify her as Maya and also her familiy members. Another sketch pointed them at a journalist who they brought in for questioning but he refused to help citing client confidentiality.

Following a lead gained from a different sketch the team discovered an apartment. Inside was the body of Maya’s mother who had been tortured to death. Hearing this was enough to make the journalist crack. He agreed to help and they setup a sting operation with Weller (Sullivan Stapleton) pretending to be the journalist. It worked and he was attacked but was able to overpower the attackers.

Maya was then sent to a safe house while the team waited for her grandmother to come and collect her. The house they use was a remote country house owned by Dr. Borden where the team felt Maya would be safe.

It turns out they were wrong and while Weller and Jane went shopping the house was attacked. Weller and Jane rushed back to help and so did Reade and Zapata. Meanwhile it was up to Patterson (Ashley Johnson) and Dr. Borden to keep Maya safe. It was a mix of Home Alone and MacGuyver as the pair set some traps and armed themselves with whatever they could find.

Patterson managed to hold most of them off on her own but Dr. Borden stepped in to save her by shooting one of the attackers through the head with a nailgun. As they began to get overwhelmed they headed upstairs and outside. Patterson finished them off by blowing up the house, she later apologised.

After the assault, Franklin, the assistant secretary of state wanted to take Maya away. Dr. Borden recognised a ring he was wearing as one that Maya had drawn so she must have known him. Franklin pulled a gun on Dr. Borden but Maya distracted him with a car door and the team disarmed and arrested him.

Elsewhere in the episode Zapata confessed to Reade that she felt something wasn’t right about Mayfair (Marianne Jean-Baptiste) and that she was going to find out what it was. Meanwhile Mayfair went on a date with Alexandra. They met at her hotel room and after stepping out to fill the ice bucket, Mayfair returned to a murdered Alexandra. An anonymous phone call warned her off investigating Carter or she’d be next.

Oscar (François Arnaud) gave Jane a new mission to plug a USB stick in at the FBI. She reluctantly agreed and seemed annoyed with herself for doing so. She spent more time getting closer to Weller this episode and also began following Oscar to try and find out more about what he was up to.

The next episode of the season is Of Whose Uneasy Route. When hackers infiltrate the FBI and the SIOC building goes into lockdown, the team have to look past their differences to escape.