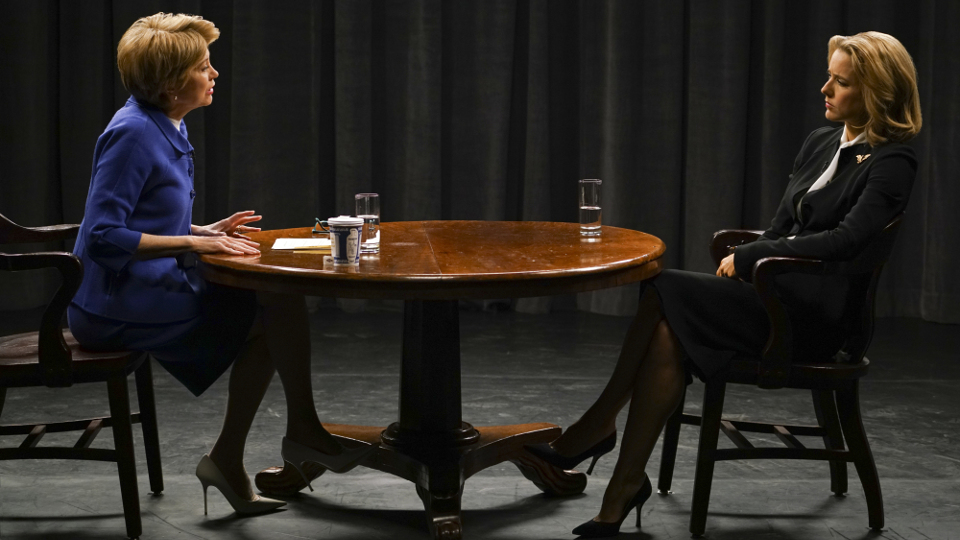 The latest episode of Madam Secretary saw Elizabeth (Téa Leoni) deal with a crisis in Chile as well as attend a college campus tour with daughter Alison.

There was a dispute with Chile over a mining agreement. Dalton needed it dealing with swiftly as it was linked to a senator who supports him for re-election.

Elizabeth decided to go with Alison on her college campus tour and also took along Stevie. Blake was tasked with making sure it was as normal a visit as possible without any fuss. His efforts were wasted when the college ignored them and greeted the family with a band and photographs.

During the visit students protesting against the situation in Chile confronted Elizabeth to do more. She uncovered that the Chilean government were wrong to make the deal in the first place as the mountain belonged to the indigenous people known as the Inhawoji.

While everything was being sorted out a man named Hugo from the Inhawoji staged a protest to climb the mountain despite treacherous conditions. He streamed his whole attempt on social media to bring attention to the plight of his people.

Elizabeth also had to deal with a student who wanted to sue the state department for violating his personal space. He soon backed down when she showed up as his dorm with his parents on Skype.

Elsewhere in the episode Henry (Tim Daly), Jane Fellows and Jose Campos attempted to track down Jibral Disah’s third wife, Hijriyyah. They tracked down a teacher, now living in the US that had taught Hijriyyah in Tripoli.

Jane Fellows failed to get her to talk so it was left to Henry to work his charm. All it took was a few minutes for him to explain over lunch and she agreed. The plan was for her to send an email to her past students in the hope that Hijriyyah would reply and it worked.

Henry felt her reply indicated she wanted to fight back against her husband thanks to a quote she included from One Thousand and One Nights. Now he needs to hope he’s right and that they can turn her into an asset.

The next episode of season two is On the Clock. While Elizabeth is holding peace talks between the prime ministers of India and Pakistan, a mysterious plane crash tied to both countries, causes the three parties to reevaluate the deal. Elizabeth also undergoes a grueling interview.