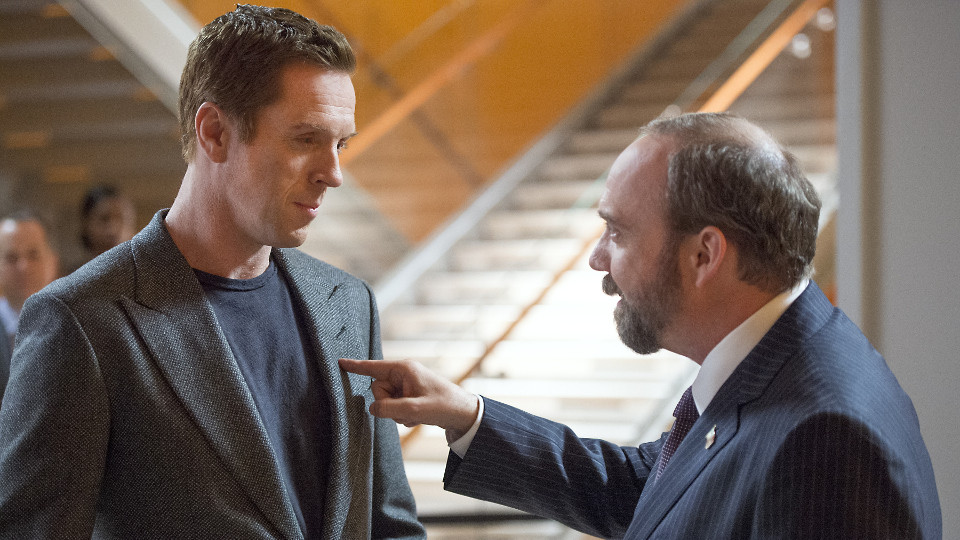 Billions, the first new series from Showtime this year, arrives on UK screens tomorrow night (May 12th) at 9pm on Sky Atlantic. The show first aired in the U.S. back in January and finished last month so beware of spoilers.

The show follows a battle between hedge fund king Bobby “Axe” Axelrod (Damien Lewis) and U.S. Attorney Chuck Rhoades (Paul Giamatti) who is trying to take him down.

Promising a fascinating mix of characters played by a stellar cast Billions might just be our next favourite show.

Watch the trailer for Billions season one below:

The official synopsis for the Billions pilot reads:

Chuck Rhoades, a powerful U.S. Attorney for the Southern District of New York, is tipped to a case of insider trading with links to billionaire hedge fund king Bobby “Axe” Axelrod. While it could be a career-defining case for Chuck, he must tread carefully, because his wife, Wendy, is the in-house performance coach at Axe Capital and Axe’s key confidante. But a costly purchase by Axe gives Chuck the opening he needs, setting off a cat and mouse game where the stakes are high and intensely personal.

Tune in to Sky Atlantic at 9pm Thursday 12th May to see the series premiere of Billions. The full season will also be available to binge watch via Sky Box Sets.

Preview the series premiere of Billions in our gallery below: