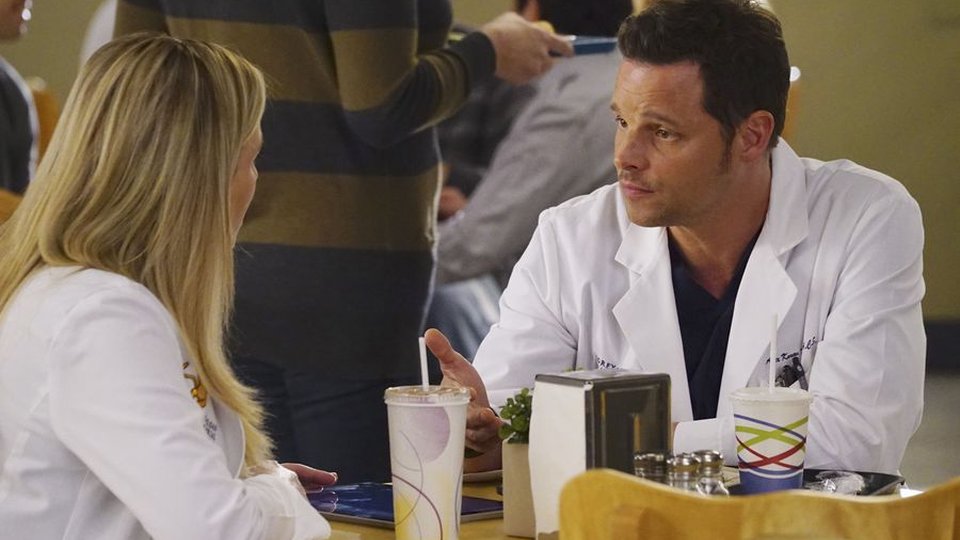 A gun incident brought two young boys to the E.R. on the latest episode of Grey’s Anatomy.

Two 8-year-old boys found a gun in the room of one of their mothers and after playing with it one ended up with a serious gunshot wound. The accident caused the doctors to share their own views on gun control and Jo (Camilla Luddington) shocked everyone when she admitted she owned a gun.

Meanwhile Steph (Jerrika Hinton) and Meredith (Ellen Pompeo) bonded over Steph’s budding romance, Callie (Sara Ramirez) and Arizona (Jessica Capshaw) continued to be at odds over their daughter, and Ben (Jason George) angered Bailey (Chandra Wilson) by going behind her back to get a job in the O.R. that didn’t break his suspension.

The next episode of the season is You’re Gonna Need Someone on Your Side. Stephanie’s relationship to Kyle becomes complicated. Meredith encourages Amelia (Caterina Scorsone) and Owen (Kevin McKidd) to take a chance and choose to be a real couple. Arizona and Callie are at odds and put their friends in the middle of an uncomfortable situation.