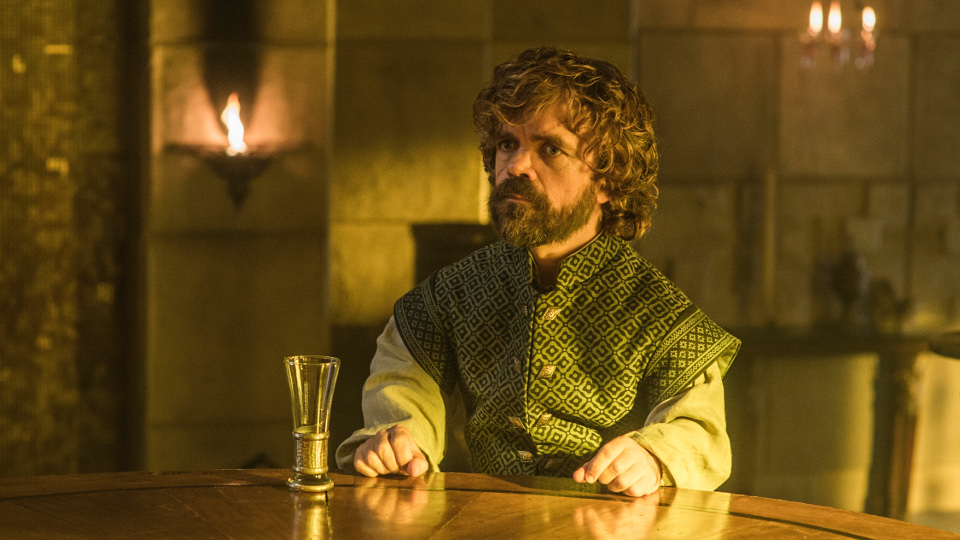 So much happened in the second episode of season six that it was hard to keep up. There were a couple of unexpected deaths and the fate of Jon Snow was finally revealed!

We mentioned our predictions for the third episode in our Oathbreaker preview.

Episode three opened up at Castle Black with a shocked looking Ser Davos (Liam Cunningham). He’d just walked back into the room where Jon Snow’s (Kit Harington) body lay, except now Jon was alive. Still naked, with his faithful Direwolf Ghost beside him, Jon sat up looking a shocked as Davos as he started to remember.

An equally shocked Melisandre (Carice van Houten) joined them and they asked what Jon remembered. He remembered being stabbed through the heart by Olly (Brenock O’Connor) and other men of the Night’s Watch and knew he died. When asked about what happened after he said there was nothing, nothing at all.

Davos asked for Melisandre to leave and he sat with Jon. He pointed out that Jon had been dead and now he was not. Davos didn’t understand it, and admitted it was completely fucking mad, but accepted that’s what had happened.

Jon knew he was murdered and now back but wanted to know why. Davos wondered why it mattered and urged Jon to fight as long as he could. When Jon said he’d failed, Davos told him to go and fail again.

Jon got dressed and walked outside where Tormund Giantsbane (Kristofer Hivju) and the Wildlings were waiting. They stood in awe at seeing Jon back and he walked among them. Tormund said they thought he was some sort of God. Jon denied this and Tormund jokingly agreed, saying he’d seen his pecker while dead and it was too tiny for a God.

Jon walked up to his friend Dolorous Edd (Ben Crompton) who, while happy to see him, asked if it was still Jon inside. Jon replied that he thought so and joked that he didn’t want to be burnt.

Next, for the first time this season, we joined Gilly (Hannah Murray) and Sam (John Bradley). They were aboard a ship with their baby, Little Sam, on the way to Oldtown. It was night and the sea was rough due to a storm which was making Sam very sick. He told Gilly that he would be leaving her with his family at Horn Hill while he trained to be a maester. She wasn’t too happy at first but knew Sam wanted what was best for them.

Finally the much rumoured Tower of Joy scene in Dorne was shown. Here Bran Stark (Isaac Hempstead Wright) and Three-Eyed Raven (Max von Sydow) were viewing another memory of the past. Bran watched his father, Ned Stark and Lord Howland Reed kill Ser Arthur Dayne. He was a member of the Targaryen Kingsguard and Bran commented that his father said he was the best swordsman he’d ever seen.

Bran was a little surprised to see the fight play out a little differently to how his father had told the story. Ned was close to getting himself killed. He mentioned that Rhaegar Targaryen was dead and that he was searching for his sister Lyanna who is believed to be in the Tower. After the battle a woman was heard screaming from the Tower. As Ned moved to go inside Bran called his father and he stopped and turned like he had heard him.

Bran wanted to follow to see more but the Three-Eyed Raven forbid him. He tried anyway but was pulled out of the vision and left annoyed and wanted to go back. The Three-Eyed Raven pointed out that he had been waiting for Bran and the mysterious Leaf (Kae Alexander) was again present. Bran was told that he must learn before he left and when he asked what he must learn he was told, everything.

The action then moved to Daenerys (Emilia Clarke) who was walking with the Dothraki to Vaes Dothrak to be with the widow’s of the Khal’s. Once there she was welcomed home by the women, stripped and given new clothes to wear as she joined the Dosh Khaleen.

She tried pointing out who she was but they already knew. It sounds like she’s going to be facing some kind of trial. She should have gone there when Khal Drogo died and not out into the world as she did.

Across the Narrow Sea in Meereen, Lord Varys (Conleth Hill) was struggling with the heat. He questioned a girl who had been helping the Sons of the Harpy. He wanted to know who was funding them and offered her and her son a new life in the free city of Pentos in return.

She gave up the information that it was the masters of Astapor, Yunkai and Volantis behind the funding. Varys passed on the information to Tyrion (Peter Dinklage), Grey Worm (Jacob Anderson) and Missandei (Nathalie Emmanuel).

In King’s Landing, Qyburn (Anton Lesser) was making friends with the children who previously helped Varys, known as his little birds. Cersei (Lena Headey) wanted to use them everywhere as her eyes and ears. They missed Varys who used to treat them so Qyburn tempted them with candied plums.

Jaime Lannister (Nikolaj Coster-Waldau) was also present, as was the Mountain. Jaime asked Qyburn questions about the Mountain and it was confirmed that he is still called Ser Gregor. Jaime wondered why they couldn’t just send him to crush the High Sparrow (Jonathon Pryce) but was told there are too many Sparrows.

Jaime, Cersei and the Mountain then went to the Small Council who were meeting. Present were Olenna Tyrell (Diana Rigg), Maester Pycelle (Julian Glover), Mace Tyrell (Roger Ashton-Griffiths) and Kevan Lannister (Ian Gelder). By right Jaime should have a place at their table.

The ever wonderful Olenna pointed out to Cersei that Margaery (Natalie Dormer) is queen, not her. Jaime wanted to talk about Ellaria Sand and her Sand Snakes who had taken over Dorne. However the rest of the council refused to stay and all got up and left.

King Tommen (Dean-Charles Chapman), trying to be more in charge, went to see the High Sparrow. He wanted to know when his mother Cersei would be allowed to see Myrcella’s resting place. The High Sparrow said she hadn’t finished atoning for her sins and must still stand trial. A frustrated Tommen demanded to be listened to but the High Sparrow lectured him about his mother’s love and that it was all up to the Gods.

In Braavos, a still blind Arya Stark (Maisie Williams) was back in training at the House of Black and White. The Waif (Faye Marsay) was once again beating her about with her favourite staff while the mysterious Jaqen H’ghar (Tom Wlaschiha) watched on.

Jaqen offered her the use of her eyes back in return for saying her real name. Arya refused again and Jaqen took her to the poisoned water and gave her a bowl full. He told her that she had nothing to fear if truly no-one. She drank from the bowl and her eyesight was restored.

In the North at Winterfell, Ramsay Bolton (Iwan Rheon) was visited by Lord Umber. He wanted to arrange some help to fight the Wildlings. Ramsay wanted him to kneel but instead Lord Umber offered him a gift. The gift was Osha (Natalie Tana) and Rickon Stark (Art Parkinson) who had been send to House Umber for safety back in season three. Ramsay wanted Lord Umber to prove that it was Rickon and he obliged by giving him the severed head of Rickon’s Direwolf Shaggydog.

The episode returned to Castle Black for the final scene. Edd told Jon Snow that it was time. He went out to where those who stabbed him to death, including Ser Alliser Thorne (Owen Teale) and Olly, were waiting to hang. Jon gave them all the opportunity to speak some last words. One told him it wasn’t right that he was alive, Alliser said he’d do the same again and a furious looking Olly refused to speak. Jon cut a rope with his sword and the men fell to their deaths.

Edd told Jon that they should burn the bodies. Jon told Edd that he could do it and gave him his cloak. He said that Castle Black now belonged to Edd and that his own watch had ended.

Let us know your thoughts on Oathbreaker in the comments below as well as your hopes for the rest of the season.

Already looking forward to the next episode? Read our preview of Episode 4 ‘Book of the Stranger’.

View more images from Oathbreaker in our gallery below: