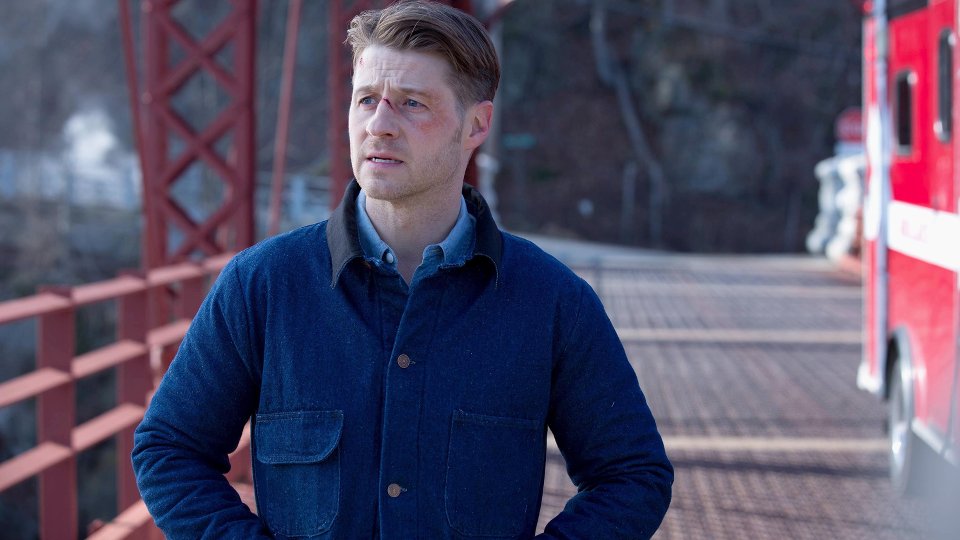 Gordon (Ben McKenzie) was arrested for the murder of a fellow officer on the latest episode of Gotham.

Believed to have killed the man because he pointed the finger at Gordon for the death of Galavan (James Frain), Gordon was arrested and sent to Blackgate Penitentiary. It was actually Nygma (Cory Michael Smith) who committed the murder to frame Gordon, who was getting close to finding out that Nygma had murdered Kristen (Chelsea Spack).

Elsewhere in the episode Cobblepot (Robin Lord Taylor) was unexpectedly reunited with his father Elijah Van Dahl (Paul Reubens), Bruce (David Mazouz) was taught how to live on the streets by Selina (Camren Bicondova) and Barbara (Erin Richards) awoke from her catatonic state.

The next episode of the season is Prisoners. Detective Jim Gordon is in jail for a crime he didn’t commit, surrounded by criminals he helped to put there.