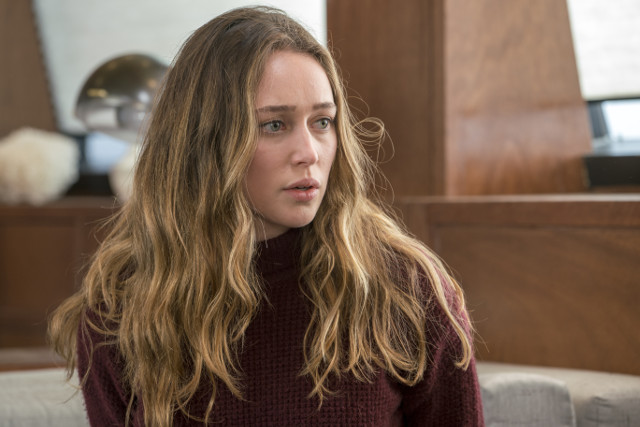 Fear the Walking Dead crossed over with its web series spin-off Flight 462 on this week’s episode.

Plane crash survivors Charlie (Michelle Ang) and Jake (Brendan Meyer) found Madison (Kim Dickens) and the survivors. Alicia (Alycia Debnam-Carey) wanted to help them but Strand (Colman Domingo) once again refused. Charlie and Jake were tethered to Strand’s boat in their dinghy but he cut the rope and let them drift off.

Elsewhere in the episode Madison confronted Strand about his plan to take them to Mexico, Chris (Lorenzo James Henrie) killed a badly injured plane crash victim to stop him from turning, and Travis (Cliff Curtis) and Madison came to a crossroads in their relationship.

The next episode of the season is Blood in the Streets. A family in distress boards the Abigail. Strand branches off and his past begins to emerge. Nick searches for an associate of Strand’s.

Tune in to AMC at 10/9c on Sunday in the US and AMC UK at 2am and 9pm on Monday in the UK to see the episode. Preview it with our gallery below: