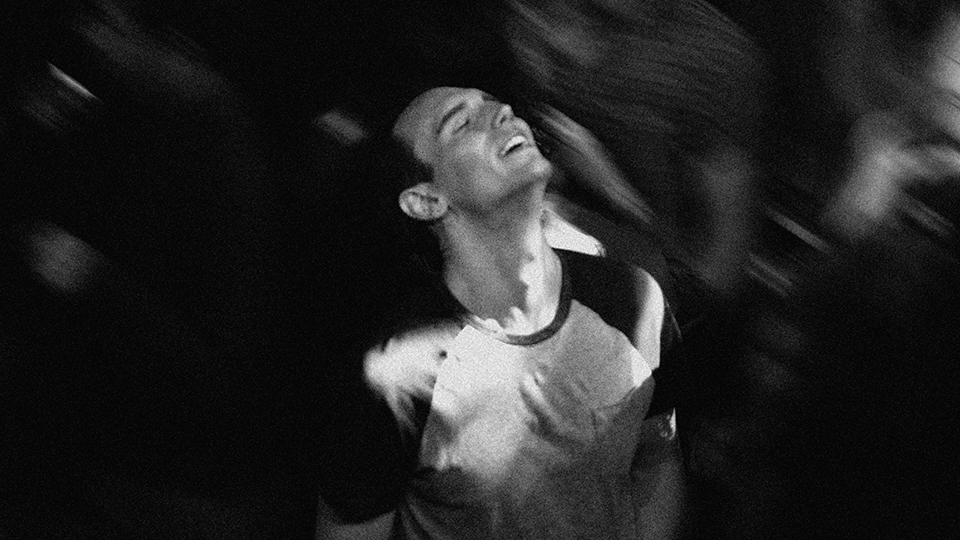 Adrian Lester (Cory Michael Smith) returns home to Texas having lived away in New York for several years. Dying of AIDS, Adrian wants to see his family for what he believes will be the final time and he plans to tell them about his condition. His deeply conservative father Dale (Michael Chiklis) and his mother Eileen (Virgina Madsen) make it difficult for him to share his secret, and that’s made even worse when he sees how his father is treating his younger brother Andrew (Aidan Langford), fearing he may turn out to be gay.

1985 is based on a short that writer/director Yen Tan released in 2016. Shot in grainy black-and-white and set against the backdrop of the AIDS crisis, 1985 is a moving, heartfelt and deeply emotional piece of film. With such a small cast and limited settings, the film could easily translate to the stage but it works well in this form too. Adrian’s arrival home is covered up with cheerful smiles as he slots back into the role expected of him by his parents. His mother wants him to reconnect with his high school girlfriend Carly (Jamie Chung) while his father may know more about Adrian’s private life than he’s previously let on.

Even though Adrian is the main character, the film almost revolves around his younger brother Andrew. Berated by his father for being ‘soft’ because he likes Bryan Adams and listens to Madonna tapes, Andrew is already fearful of realising his own sexuality purely due to his father’s behaviour. Eileen doesn’t seem quite as bothered about either of her sons being gay but Dale makes it very clear that it isn’t something that’s acceptable to him. What adds to the film’s heartbreaking story is that Adrian tries to help his younger brother to be himself without revealing his true self.

At the heart of 1985 is a stunning performance from Cory Michael Smith. Best-known for his role on the TV series Gotham, Smith gives a very different kind of performance here. It’s sensitive and quietly powerful, and he shines brightly throughout it. Some of the best scenes take place between Smith and Jamie Chung, as Adrian starts to be honest with at least one person in his life. As the revelations come, you can feel the gut punch and the chemistry between the two actors is marvellous. Michael Chiklis is impressive here too as the hard-edged Dale who loves his sons but can’t face up to the possibility that they may not become the people he’s expecting them to be.

1985 deserves all the praise that’s been heaped upon it and more. It’s a low-key but powerful film that explores a family dynamic set against one of the most devastating times in LGBT history. The subject matter is handled beautifully and respectfully, and Smith gives a career-defining performance as Adrian. If you’re not moved to tears by the end of the film, then you may need to go thaw your heart out for a while and try again.