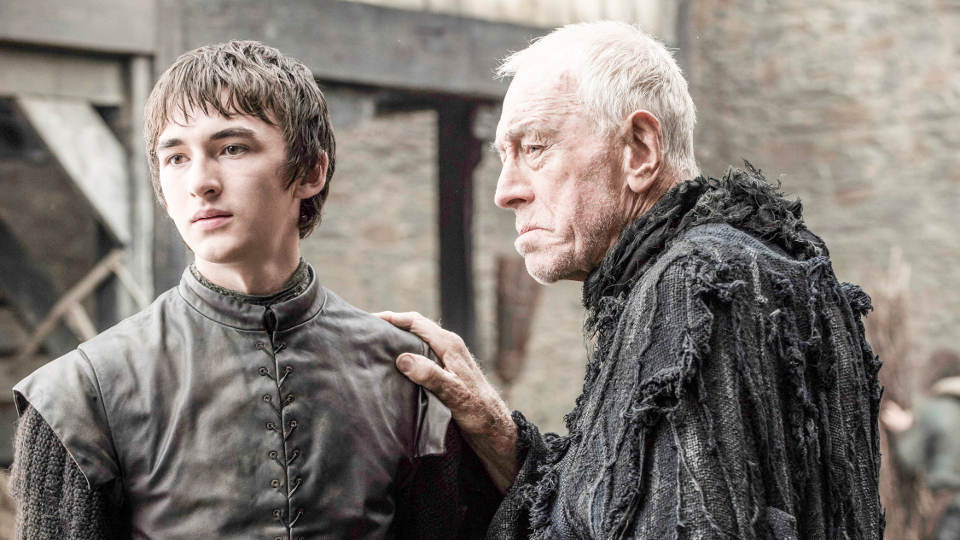 Game of Thrones season 6 began with The Red Woman which was a faster paced start to a season than we’re used to. It updated us on the majority of the main cast and set events in motion for the rest of the season.

If you’re not up to date on the Game of Thrones TV show and like to avoid spoilers we suggest you don’t read any further. Below is information we’ve taken from the episode 2 preview trailer as well as plenty of speculation about what we think might happen.

The second episode is written by Dave Hill with Jeremy Podeswa keeping his spot in the director’s chair. The episode is simply titled Home, which gives little away about the content. The synopsis for the episode is:

Watch the official preview trailer from HBO for episode 2 below:

The trailer opens up with Bran Stark (Issac Hempstead Wright) as he wakes from what appears to be a warging session. Wargs are people with a special ability to enter the minds of animals, control their actions and perceive the world through their senses. Bran was absent from season 5 as we believe he’s been training to use his abilities with the Three-Eyed Raven (Max von Sydow). We’re intrigued to see what he’s capable of now but mostly we just can’t wait to see Hodor, HODOR!

The trailer then shifts to King’s Landing where Cersei (Lena Headey) clashes with the King’s Guard. She orders them out of her way but they reply that they are following the King’s orders. Cersei doesn’t look too worried because she appears to be accompanied by her new improved Mountain bodyguard. We’re betting the 12 or so King’s Guard will be no match for him!

Next we see Sansa Stark (Sophie Turner) sat with Brienne (Gwendoline Christie) and asking ‘You don’t know which way she went?’. Brienne replies ‘I spent three days looking for her but she disappeared’. We presume they are referring to Arya Stark (Maisie Williams).

This appears to be confirmed by the trailer which then cuts to the now blind Arya engaging in more combat with the Waif (Faye Marsay). She appears to be fairing better than in the first episode and we’re guessing mastering blind combat will make her even more deadly.

Next up is Ramsay Bolton (Iwan Rheon) talking with Roose Bolton (Michael McElhatton). Ramsay is heard to say ‘We know where she is going. Castle Black isn’t defended on the Southern side. We could storm the castle’. We presume he is referring to Sansa who escaped Winterfell and his men and hounds. Surely a showdown between the Wildlings, the remainder of the Night’s Watch and Ser Davos (Liam Cunningham) is on the cards? We’re quietly confident that the currently dead Jon Snow (Kit Harington) could be back for that battle too.

In the next scene it looks like Jaime Lannister (Nikolaj Coster-Waldau) is stood next to the body of his daughter Myrcella (Nell Tiger Free) while talking with the High Sparrow (Jonathon Pryce). The Sparrows watch as Jaime touches his sword and the High Sparrow asks ‘You would spill blood in this holy place?’. Jaime replies that ‘The Gods spill more blood than the rest of us combined’.

Following that is a tiny snippet at Castle Black where Ser Alliser Thorne (Owen Teale) and his men appear to be trying to break down the door to the room that contains Jon Snow, Ser Davos, Melisandre and Ghost. We’re expecting some kind of fight and know that in a previous trailer Davos was getting ready to use Jon’s Valyrian steel sword, Longclaw. We wonder who will save the day? Davos? Ghost? Jon Snow? The Wildlings? or maybe Melisandre will scare them away with her true form!

The final scene appears to be a worried Tyrion Lannister (Peter Dinklage) checking up on Dany’s dragons. The last shot we see is of one of the dragons breathing fire towards us. We’re guessing Tyrion will be safe.