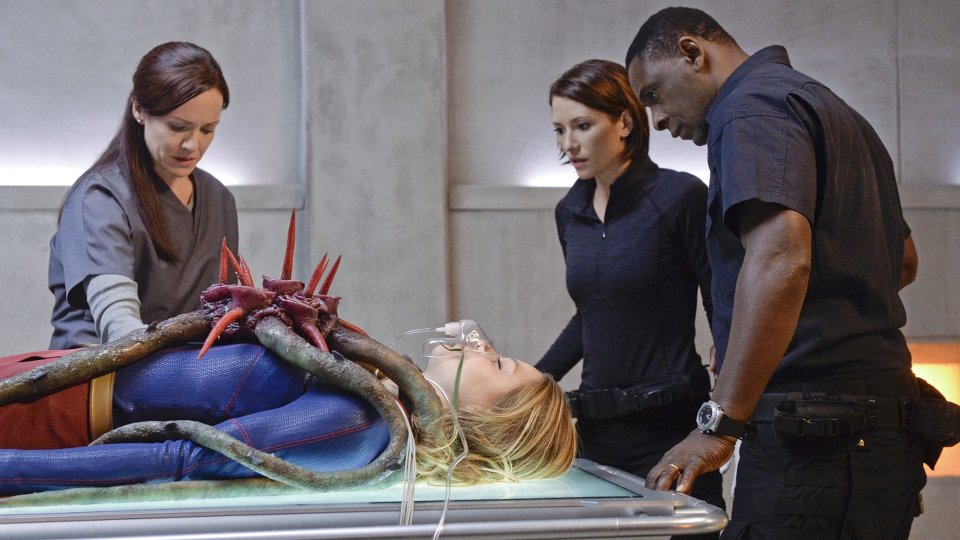 Kara (Melissa Benoist) came face-to-face with her doppelgänger on the latest episode of Supergirl.

The imposter was an experiment of Maxwell Lord’s (Peter Facinelli) who had brought a comatose girl back to life using Kara’s DNA. Programmed to destroy Supergirl, the doppelgänger attacked Kara when she was with Cat’s (Calista Flockhart) son Adam (Blake Jenner), which revealed that Lord knew Supergirl’s real identity.

Elsewhere Alex (Chyler Leigh) arrested Lord to stop him from exposing Kara, Adam decided to leave National City, and at the end of the episode Kara was attacked by a mysterious plant.

The next episode of the season is For the Girl Who Has Everything. Kara’s life comes under threat when a parasitic alien traps her in a dream world. Hank faces up to a Kryptonian attack.

In this article:Melissa Benoist, Supergirl