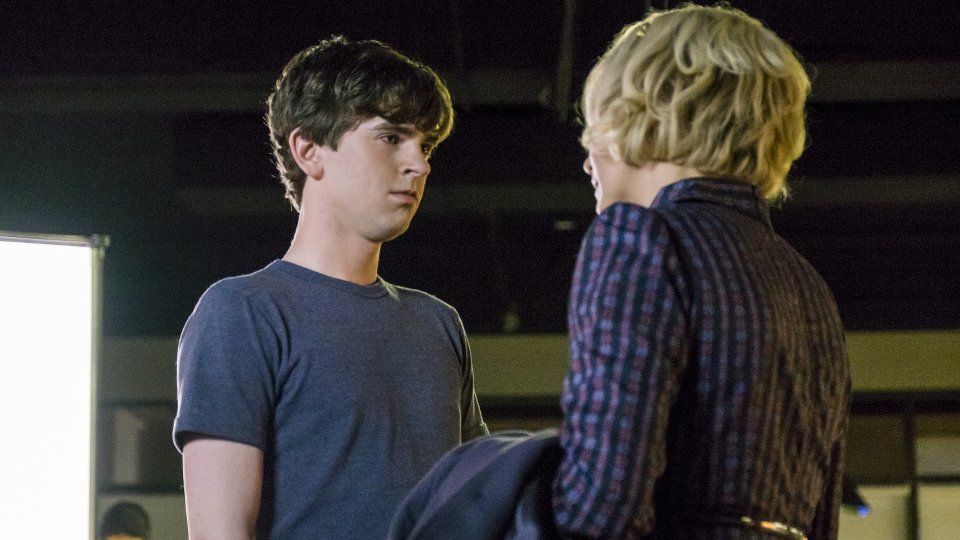 Dragging Romero (Nestor Carbonell) into the whole affair, Norma was surprised when he agreed to marry her so she could use his insurance to send Norman to Pineview so he could seek help. Romero managed to get Norman a place at Pineview but Norman lost his temper when he found the admittance forms on the fax machine.

Confronting his mother, Norman accused her of having killed Emma’s (Olivia Cooke) mother and trying to pin the blame on him. A scared Norma ran to grab her gun but Norman beat her to it. She locked herself in a room and called Romero for help. Together they convinced Norman to sign the admittance forms for Pineview and Romero took him to the facility.

Elsewhere in the episode Emma breathed for the first time with her new lungs and Dylan (Max Thieriot) stayed by her bedside as she recovered.

The next episode of the season is Til Death Do You Part. Norma and Romero’s relationship takes a significant step, but how will Norman react to the news?