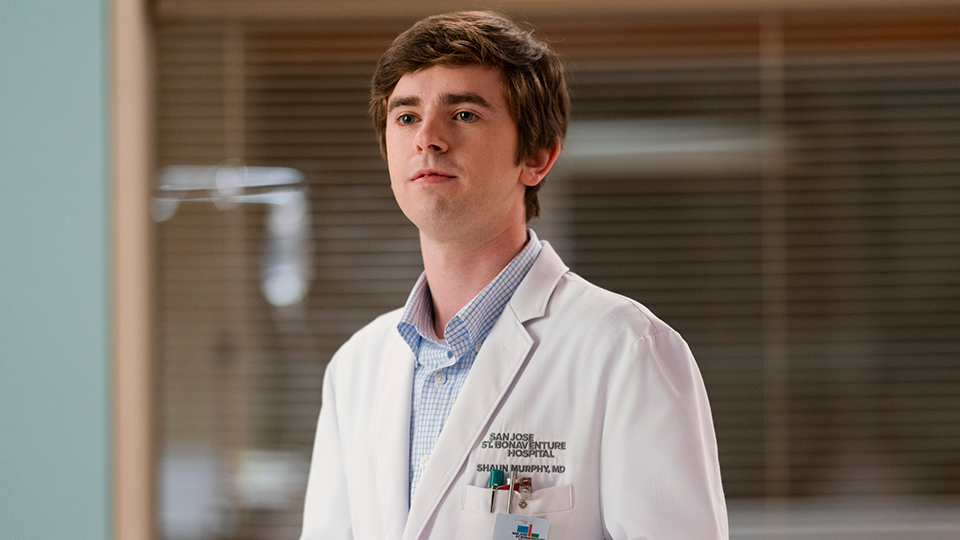 Shaun (Freddie Highmore) spent the season 2 finale of The Good Doctor trying to get his job back following his breakdown in front of Dr. Han (Daniel Dae Kim).

If you don’t want any spoilers for The Good Doctor, we suggest you stop reading this article now.

His inability to control his feelings and emotions, cost Shaun his job but he wound up back in the hospital after getting into a fight at a bar. The man that attacked him, Zack (Greg Calderone) fell over and hit his head so Shaun accompanied him into hospital but was unaware that he himself also needed medical attention.

Shaun realised that Zack had been misdiagnosed but collapsed before he could reveal what the real diagnosis should be. Zack thought Shaun had said ‘trampoline’ but Claire figured out he’d actually said ‘treponema’.

Surprisingly it was Andrews (Hill Harper) that stood up to the board and Dr. Han, firing him in favour of taking Shaun back. Is that a decision he’ll live to regret? Time will tell!

Ahead of the show returning for season 3 later in the year, we’ve put together a list of 10 things we’d like to see in the next season…

1. Shaun to prove that Andrews made the right decision. Time and time again, Shaun’s condition has prevented him from being able to react or interact in an appropriate way. Andrews has taken a big risk keeping Shaun on the team so I want to see what affect that has on their relationship, and how Shaun will adjust to be back on the surgery team.

2. Claire to shine for her work. She made some great strides this season in terms of being more assertive and ensuring her voice was heard. Next to Morgan (Fiona Gubelmann), Claire has sometimes seemed two steps behind and a little meek. I feel she found her voice in season 2 and she’s made some excellent medical calls for her patients.

3. Glassman (Richard Schiff) to be more integrated in season 3. I understand why he was separate from much of the cast in season 2 but at times it made the show feel a little fractured. I’d like him to be much more involved in Shaun’s day-to-day life, especially now he’s back on the board. Also his impending wedding should be a good excuse to pull everyone back together.

4. Park (Will Yun Lee) to get some proper character development. Is it just me or is Park still the most under-developed character on the show? I appreciate that they brought his wife and son into the fold during season 2 but the character still feels like too much of an enigma. I want to know his back story and see him really making an effort with his colleagues.

5. The continued humanisation of Morgan. One of the things I really liked during season 2 is that Morgan really started to reveal some layers. She has established a frenemy relationship with Claire and she’s made more of an effort to be a team player. I want to see Morgan continue to evolve in season 3 as she lets her guard down even more.

6. Lots more Lea (Paige Spara). A little like Glassman, Lea operates on the periphery of the show due to her only connection being to Shaun. I feel like the show has finally knocked the idea of Shaun and Lea as a couple on the head, which I’m glad about, so there has to be a way to get her interacting with more of the characters. Maybe she could get a job at the hospital to draw her into the main action.

7. Seeing more of the main characters’ lives outside of the hospital. Season 2 did this a bit but I think season 3 could go a little further. We have very little idea of what these characters are like when they’re not at work. I enjoyed the unexpected Claire and Morgan bonding (if you can call it that?) so I hope the show explores more storylines like that.

8. Shaun’s romance with Carly (Jasika Nicole) to develop nicely. I hope the set-up at the end of season 2 isn’t over as quick as it started. I actually like this pairing and it will be interesting to see how Shaun copes with having to consider another person. I feel like this could go somewhere if the writers develop it in the right way.

9. Melendez (Nicholas Gonzalez) and Lim’s (Christina Chang) relationship to avoid the cliché it seems to be heading for. In the season finale Melendez recommended Lim for the Chief of Surgery job but told her that the two wouldn’t be able to continue to work together. It would be nice to show a healthy relationship between the two as they adjust to Lim being Melendez’s boss. There doesn’t need to be a big drama for these two characters moving forward.

10. A shock death. Controversial I know but there hasn’t been a shock death on the show yet. Glassman and Lim both came close but no main character has exited the show in a body bag yet. I wouldn’t like to suggest who it could be, as I like all the characters, but it would certainly shake the show up.

The Good Doctor will return top ABC in the US and Sky Witness HD in the UK later this year.