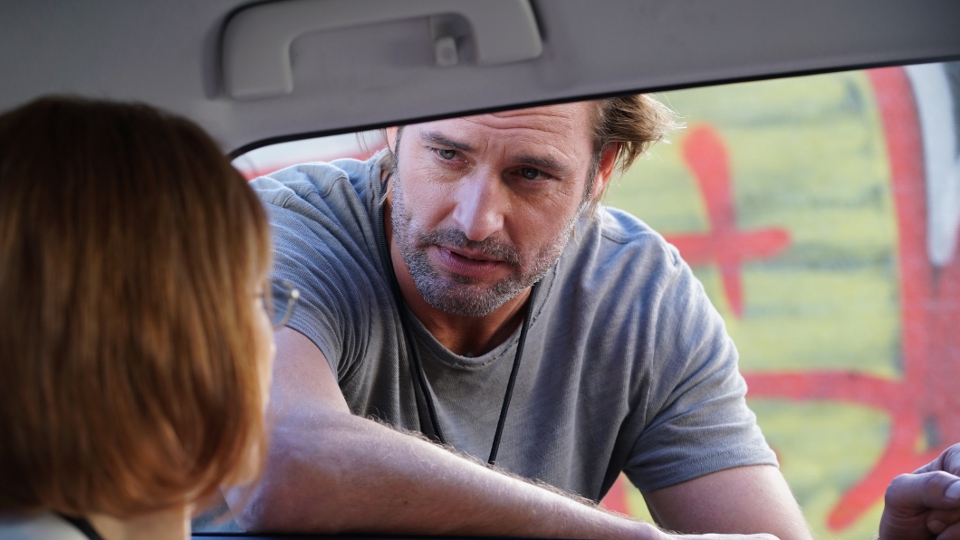 In the latest episode of Colony, Will Bowman (Josh Holloway) settled into his job with the Transitional Authority. Arriving at the HQ he presumed he was going to be in charge and was surprised to find that he was nobody’s boss.

He met his boss Phyllis (Kathy Baker) and a girl named Jennifer (Kathleen Rose Perkins), a data-mining expert. Will was given a partner named Beau (Carl Weathers) and they were given the task of tracking down the truck bomber from last episode.

Will got straight to work and put his military and special agent skills to good use. He quickly tracked down the bomber and tricked him into fleeing. Will was waiting and after a short pursuit he captured his man.

Meanwhile his wife Katie (Sarah Wayne Callies) set to work on re-opening her bar, the Yonk. There she was met by Broussard (Tory Kittles) her main Resistance contact digging for information on what Will was up to. Throughout the episode she continued to feed information gained from her husband to the Resistance which eventually led to people getting killed.

Katie’s sister Maddie (Amanda Righetti) worked a catering shift at a Green Zone party. There she bumped into an old friend called George (Brian J. White) who is now a collaborator. He invited her back to his and they slept together but afterwards he said he wanted to keep things discreet. Maddie refused and took off with a box of goodies such as coffee and wine.

Elsewhere, Will’s friend Carlos, who helped in his attempt to leave the city, was arrested. Will came across him in detention and promised to try and get him set free. He and Katie also ensured his wife and son were safe in a shelter with new identities. Will was unable to save Carlos but he was able to spend a couple of minutes with him to let him know his family were safe.

Carlos and the other prisoners were taken to the mysterious Factory. Upon arrival the prisoners were all ordered to strip naked before being decontaminated. They were then seen dressed in plain white surgical clothes but their fate is unknown.

The next episode is 98 Seconds. Katie makes a discovery when she embarks on her first mission with the Resistance. Will’s search for Geronimo leads him into a dangerous situation.

Tune into Sky 1 at 9pm on Thursday to watch the episode. Preview episode 3 with our gallery below: