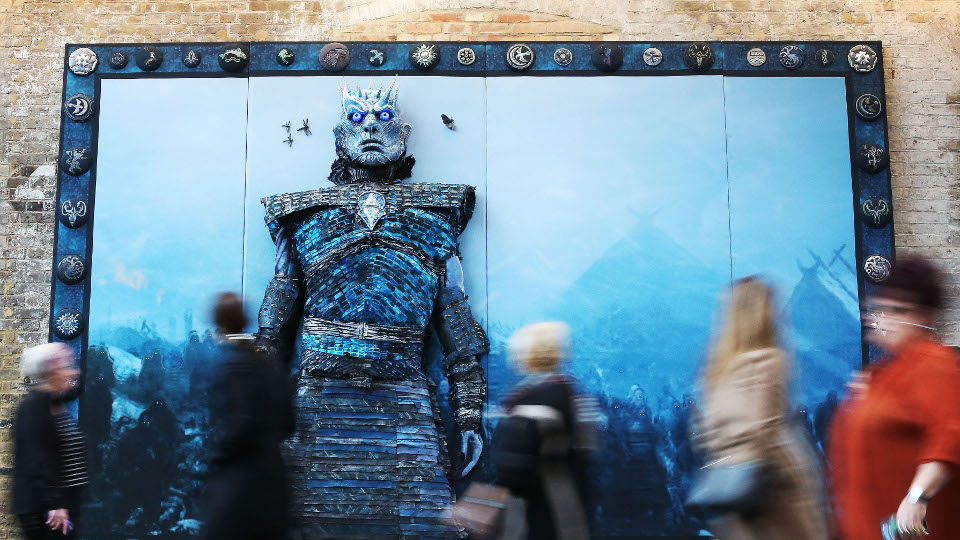 Communities across the whole of the United Kingdom have come together, in support of Game of Thrones, to create a unique piece of art. Marking the release of Game of Thrones: The Complete Fifth Season on Blu-ray and DVD, a 6m x 4m embroidery was created that depicts one of the most intense battle scenes in TV history – the massacre of Hardhome.

In partnership with the Embroiderer’s Guild, the Royal School of Needlework, Fine Cell Work long-term prisoners and Hand & Lock Embroidery design room, the magnificent work of art took over 30,000 hours to complete, with over 50 people within the UK’s textile community taking part from Scotland to York, to Kingston and Kent to Ipswich.

The large scale embroidery was displayed in Central Saint Martins’ Crossing Gallery in London’s King’s Cross over the weekend. Fans were able to visit the intricate artwork in all its impressive glory.

Check out some pictures of the display below:

Anthea Godfrey, Artistic Director of the Embroiderers’ Guild and Project Manager, said “This has been an amazing project that truly has brought the embroidery community together across the whole of the UK. There’s also a huge variety of textile skills involved in the making of the piece, including digital print, surface stitchery, machine embroidery, metal thread work beading, appliqué and quilting. As many of the communities taking part are huge fans of Game of Thrones, we really are all proud to have been involved.”

Game of Thrones: The Complete Fifth Season is available now on Blu-ray and DVD and is also available to buy digitally.

Watch the trailer for Game of Thrones Season 5 below:

Advertisement. Scroll to continue reading.
In this article:Embroidery, Game Of Thrones, Hardhome, HBO