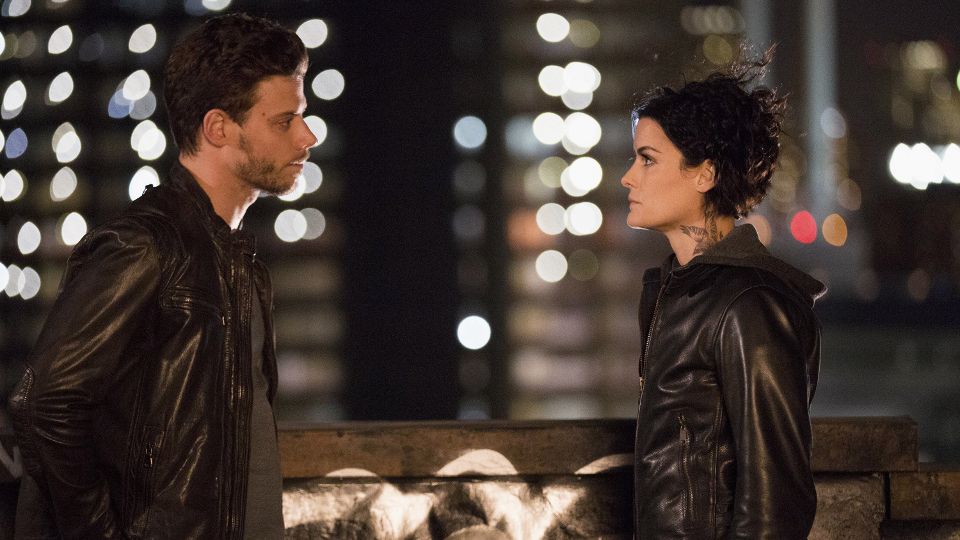 Blindspot returned to our screens this week after its mid-season break. After the cliffhanger at the end of the previous episode it looked like Jane (Jaimie Alexander) was finally about to get a whole lot of answers.

Oscar, the mysterious tree-tattoo man, saved Jane from Carter then showed her a video of herself from the past where she explained she was behind everything that was happening to her. Oscar wasn’t for revealing much else and Jane was unsure if she should trust him. After a brief fight Jane remembered that she may have been engaged to Oscar. He tells her to go back to the FBI and meet him later on a particular rooftop.

We also got to see a brief flashback of when Jane got her tattoo’s. It was revealed that they were applied by a team of people and that Oscar was present.

Back at the FBI Mayfair (Marianne Jean-Baptiste) discovered that Carter was missing, presumed dead by suicide. Upon hearing this Tasha (Audrey Esparza) changed her mind about resigning as Carter would no longer be around to pressure her.

Patterson (Ashley Johnson) had been working away on decoding more tattoo’s. She had discovered that one of those from Jane’s thigh could be decoded to reveal a pair of co-ordinates. These pointed at an island near Turkey and Mayfair decided to send Weller (Sullivan Stapleton) and his team to investigate.

On the island Weller discovered a large warehouse with a commercial airplane inside. The plane is one that had gone missing months ago and was presumed crashed into the ocean.

It turns out that it had been hijacked by a terrorist group and they soon turn up to capture Weller and his team. Upon learning that they are FBI the leader decided to interrogate them with the aid of a cattle prod to find out what they knew. They are then locked up alongside the passengers who are being held hostage.

Among the passengers was a team of engineers that the terrorists had been using to create micro-satellites. These were to be launched into orbit to destroy the U.S. military’s GPS satellites.

With the help of the engineers they are able to send a morse code message to Patterson. Weller and Jane were then able to board the terrorists plane in an attempt to prevent them launching their micro-satellites.

Meanwhile Patterson was being investigated at the FBI over the death of her boyfriend and why she had been taking classified information home. Her investigator had an agenda and seemed more keen on causing trouble for Mayfair.

With Patterson’s help Weller and Jane were able to take control of the aircraft. Jane also performed a seemingly impossible landing after the engines on the plane were turned off and refused to restart.

Back at the office Jane got Mayfair to agree to drop her security detail. That night Weller asked her to meet him to talk about their kiss. Instead she went to meet Oscar where he revealed to her that she is definitely Taylor Shaw.

The next episode of the season is Scientists Hollow Fortune. Jane recalls her mysterious past in the military when the team uncover a sinister plot.