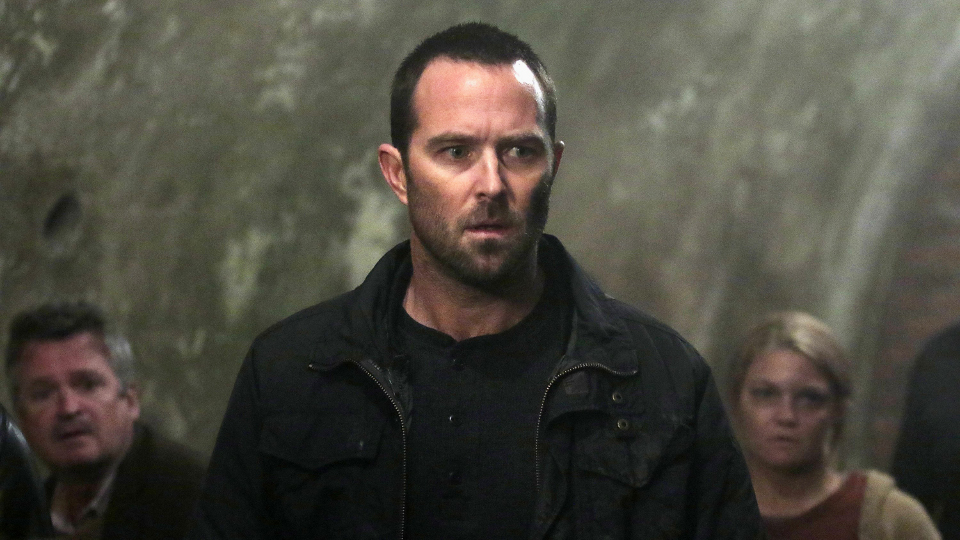 Blindspot finally returns to our screens early next week (Tuesday 15th March) after its mid-season break. The last episode before the break left us on a rather large cliffhanger.

Following David’s (Joe Dinicol) murder, Patterson (Ashley Johnson) was asked to take a Leave of Absence but declined. She wanted a day at work to help track down his killer as she couldn’t bear to go home to her apartment.

Mayfair (Marianne Jean-Baptiste) met with Carter (Michael Gaston) and told him he was reckless with his handling of Guerrero. He told her she had to get rid of Jane (Jaimie Alexander) as she was the last link to Daylight. He also gave Tasha (Audrey Esparza) an ultimatum to get him the surveillance he needed on Jane. She later decided to hand her resignation in rather than do his bidding.

Patterson finds a partial print in the library book which led the team to discover a Russian sleeper cell. The Russian agents were given targets to marry and the red-haired woman David was following was one of them.

They tracked her down and Weller (Sullivan Stapleton) and Jane took her out after a big fight. Later Jane went to wait for Weller and surprised him with a kiss but the pair were interrupted by his nephew.

After leaving Weller, Jane was kidnapped by Carter and he waterboarded her for information. He didn’t believe her memory loss and wanted to find out what she knew. The torture brought back memory of a single word – Orion – which angered Carter.

At the end of the episode Jane was saved by the mysterious man with the tree tattoo. Upon saving her he played her a video on his mobile phone of herself. It was a message to herself from the past explaining that she was responsible for what had happened and that she had orchestrated everything, including her memory loss. Things just got more interesting.

The next episode of the season is Cease Forcing Enemy. Now that the mystery artist had been revealed, what further secrets lie in Jane’s past?