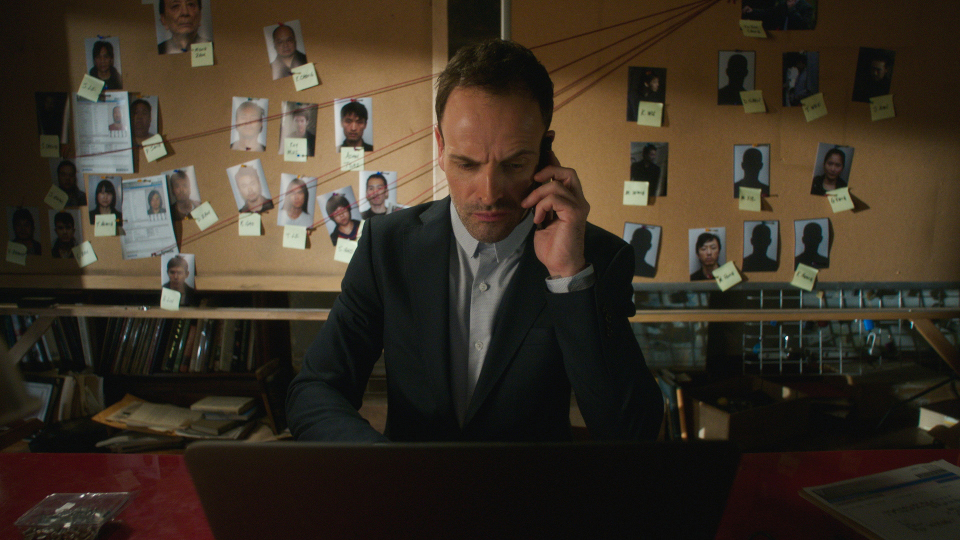 The latest episode of season four was a bit of a slow episode. Watson (Lucy Liu) busied herself with some noisy neighbours.

Holmes (Jonny Lee Miller) was happy enough to ignore them by wearing noise-cancelling headphones but Watson wanted the situation resolved. Upon investigation she found out that next door neighbour, Trent (Richard Kind), had moved out and was renting the place online as a ‘Party Pad’. It was advertised as a place to stay for a party with noise not an issue.

Looking into it further she tracked down Trent and found he had become annoyed by the noise made by Sherlock. When he couldn’t get Sherlock to engage with him he decided to take his revenge by renting the place out as a Party Pad.

It turned out that these Party Pads were causing loss of business for hotels in the area and later in the episode Trent’s house was subject to an arson attack. Trent looked to lose the place because the insurance wouldn’t pay out. Holmes and Watson considered buying it but in the end they were able to uncover evidence to help Trent. They encouraged him to move back in and agreed to have noise cancelling walls installed for him.

Elsewhere in the episode a botany professor ended up dead along with a room full of students. He held mushroom parties but a poisonous batch had killed the group. Sherlock was able to follow the evidence to bring down a bio-fuel company called Zarachem and one of the professor’s colleagues.

The next episode of season four is Who Is That Masked Man? When Holmes’ investigation into the attempt on Morland’s life pushes their strained relationship to the breaking point, the identity of Sherlock’s mother is revealed. Also, when three gang members are murdered, Holmes and Watson are amazed when an elderly woman emerges as their prime suspect.

Tune into Sky Living at 10pm on Thursday to watch the episode. Preview episode 14 with our gallery below: