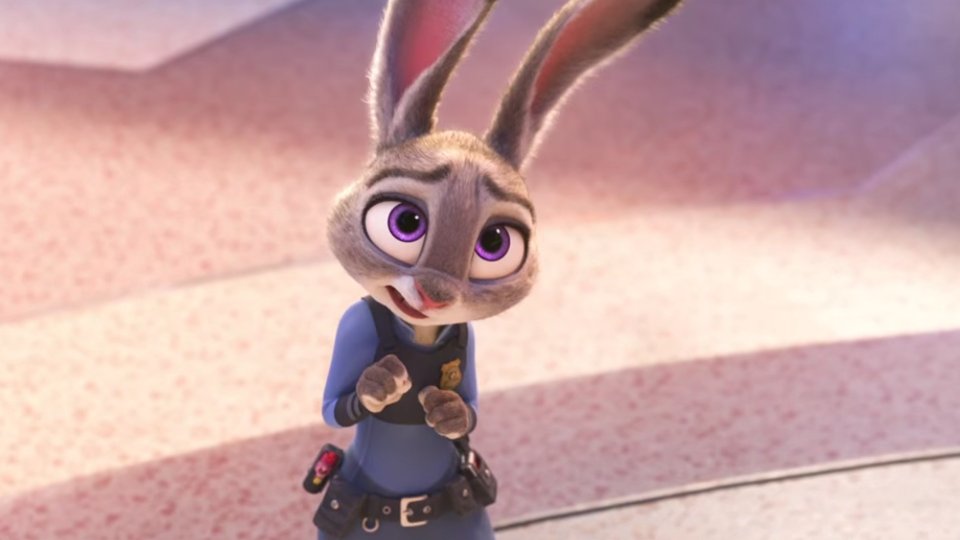 The two new clips introduce you to the characters of Clawhauser, a smart phone app loving chubby cheetah who works behind the reception desk at the police precinct and a sneaky weasel who tries to outsmart Judy Hopps, during a chase through Little Rodentia.

The modern mammal metropolis of Zootropolis is a city like no other. Comprised of habitat neighborhoods like ritzy Sahara Square and frigid Tundratown, it’s a melting pot where animals from every environment live together—a place where no matter what you are, from the biggest elephant to the smallest shrew, you can be anything. But when optimistic Officer Judy Hopps (voice of Ginnifer Goodwin) arrives, she discovers that being the first bunny on a police force of big, tough animals isn’t so easy. Determined to prove herself, she jumps at the opportunity to crack a case, even if it means partnering with a fast-talking, scam-artist fox, Nick Wilde (voice of Jason Bateman), to solve the mystery.

The movie arrives in UK cinemas on 25th March 2016. Watch the two new clips below: