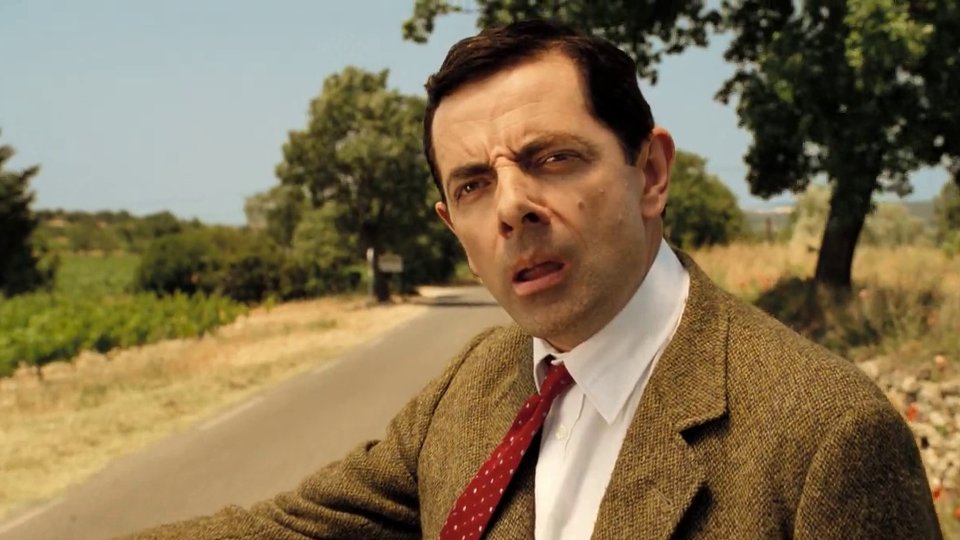 I remember watching Mr Bean when it originally aired on British television in the early 90s, and thinking it was one of the funniest things I had ever seen. I have a distinct memory of laughing so much at one episode that I could barely breathe.

This was not a problem I encountered whilst watching Mr Bean’s Holiday. Nearly every joke was lifted directly from the original series. Remember the famous steak tartare scene from the show? Well, in the film, it is rehashed with oysters. The busking scene? Almost shot for shot. Sticking bits of paper on his face to amuse a child? Yep, you guessed it.

The plot follows the gurning Bean (Rowan Atkinson) on his adventures through France, after winning a raffle holiday to Cannes. Along the way he accidentally kidnaps a small boy, gate-crashes a film set, befriends a beautiful French actress and conjures up countless ways to lose his tickets, lose his passport, to miss buses and get kicked off trains.

The idiotic antics soon wear thin. After about the length of a TV episode to be precise, making the rest of the running time a chore.

The film is clearly riffing on – and aspiring to – Jacques Tati’s Les Vacances de M. Hulot. For the record, it falls way short. There are many reasons why it falls short, but one of the biggest is that Bean speaks far too much. The TV show worked so well because it was essentially a silent short film. It relied entirely on Atkinson’s extraordinary gifts as a physical performer.

Tati hardly spoke at all as Monsieur Hulot. If only the script for Mr Bean’s Holiday had the same confidence. Not only is the dialogue pointless, but whenever Bean speaks or starts gibbering away, it becomes difficult to laugh at, and quite frankly, uncomfortable to watch.

Ultimately, the only audience that will truly enjoy this film are children who are unfamiliar with the TV show. I will admit though, that on a few occasions I did laugh. And yes, I do feel guilty.

There are some brief behind the scenes featurettes and deleted scenes on the disc, but nothing new or specific to this release. It is the same extras that were available on the original 2007 DVD.