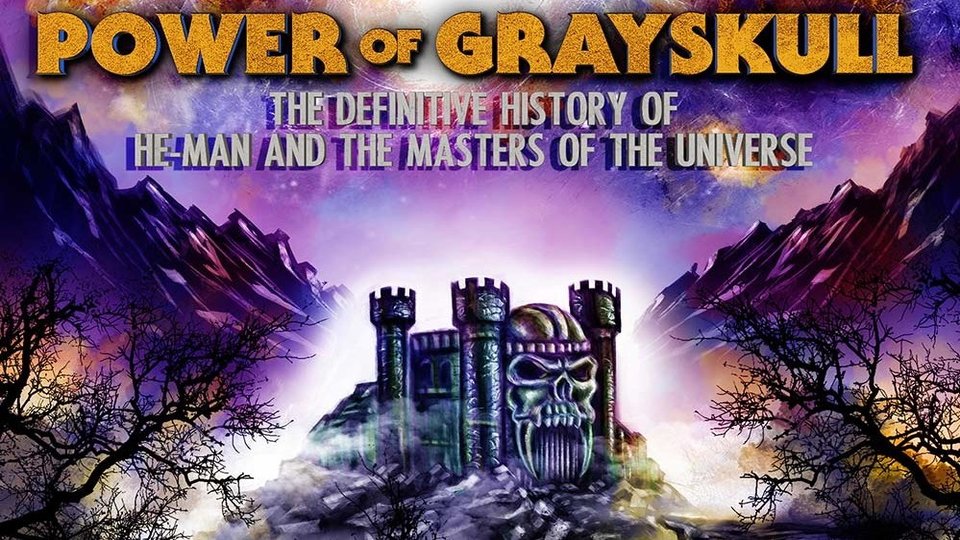 Power of Grayskull: The Definitive History of He-Man and the Masters of the Universe is a documentary based on the popular 80s hero, and they are seeking fan-funding help.

Having launched their Kickstarter Campaign, the makers have invited fans to join them as they embark on an epic adventure into the heart of 80’s nostalgia to find out once and for all #WhoHasThePower.

Power of Grayskull claims to be the greatest and most definitive documentary on everything He-Man, Masters of the Universe and She-Ra. It plans to feature interviews with writers, designers, artists, sculptors, show-runners, decision-makers and much more.

This feature documentary will delve into the toys, comics, cartoons, and movies from all eras by talking to the people who helped make them a reality. It will be co-directed by lifelong Masters of the Universe fan Rob McCallum ( who made Nintendo Quest), and pop culture junkie Randall Lobb ( behind Turtle Power).

Key names signed up to participate include pioneer Mark Taylor, Former president of Mattel Tom Kalinske, Animation Director Gwen Wetzler and more, along with a few surprises and special guests along the way.

Fans can pre-order the film now via the Kickstarter page, and secure exclusive Power of Grayskull rewards. Rewards include animation cels from the Filmation cartoon and custom-made Masters of the Universe figures in the backer’s likeness, based on any era of toyline – including She-Ra.

Power of Grayskull: The Definitive History of He-Man and the Masters of the Universe will be directed by Randall Lobb and Rob McCallum, and produced by Randall Lobb, Rob McCallum, Isaac Elliott-Fisher, and Mark Hussey by FauxPop Media, as the next in their Definitive Film series. Definitive’s documentaries are built from the ground up for fans, by fans, to honour the best of pop culture and bring fans a deeper, more substantive look at the history and context of the pop culture properties they already love.

Randall Lobb says: “Our passion is to immerse ourselves in the pop culture we love and follow the stories we find right down to the roots. As always, with He-Man, we’re going to make a Definitive documentary: which means one that digs deep, looks incredible and tells the human stories that make this franchise so powerful for so many. We’ll discover stories we can’t yet imagine, interesting and creative people we don’t yet know and make a bunch of new friends, when it’s all said and done. Fans should know that we’re going to give them as much of what they want as we can – especially if they’re willing to share with us what they want!”

Rob McCallum says: “He-Man and everything “Masters”, including She-Ra, has been a part of my life since the beginning, and I truly believe it’s informed who I am today. The film will be for everyone, from the casual to the hardcore fan, for toy lovers and those that love 80’s culture – and of course those who don’t have any idea about He-Man or Masters of the Universe. It will be an entertaining ride for everyone! As a huge fan, I can’t wait to hear the collective voice tell the Definitive story. Through our Kickstarter campaign, fans have a huge impact on the film we make, as our stretch goals are geared towards adding more content to the finished documentary. Our initial goal lets us make a 90 minute film, but by the power of Grayskull and with fan support, this could be a 2.5 hour epic tale!”

Should the Kickstarter campaign prove successful, Power of Grayskull will debut in 2017.

For more information visit www.HeManDoc.com. To help fund, check out their Kickstarter page.

Watch the teaser trailer for the documentary below.