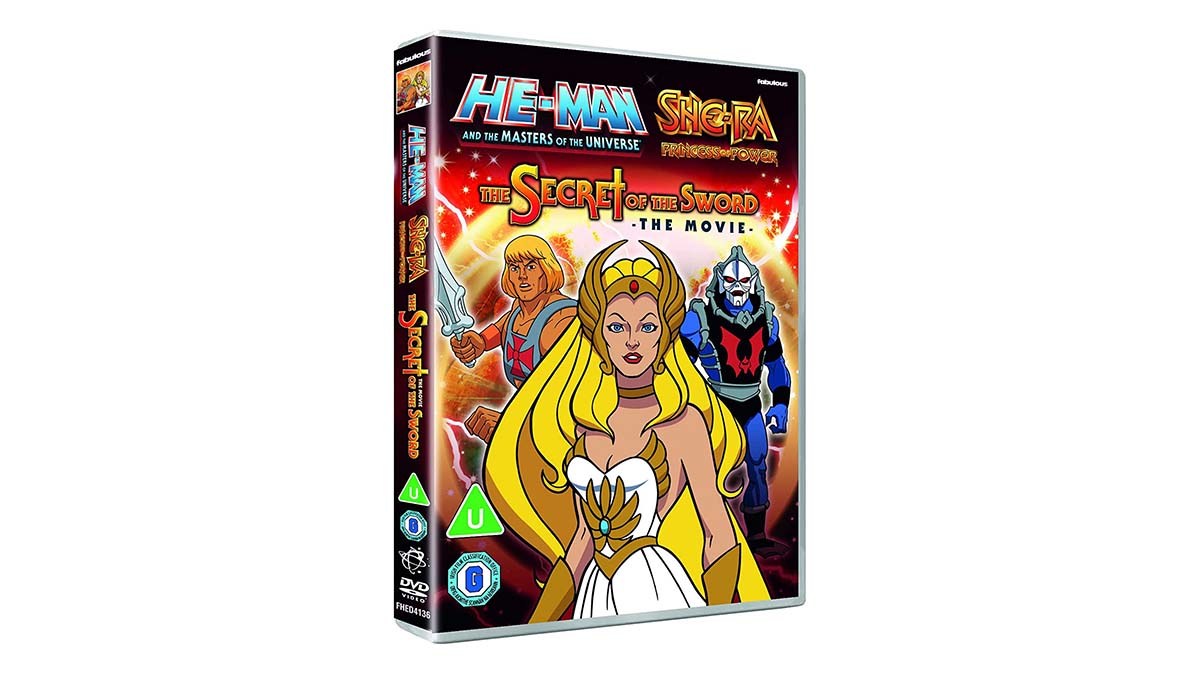 ‘He-Man and She-Ra: The Secret of the Sword’ is available now on DVD courtesy of Fabulous Films and Fremantle Media Enterprises.

‘The Secret of The Sword’ was originally released in 1985 and was a compilation of the first five episodes of ‘She-Ra: Princess of Power’ with minor edits. Although it was not uncommon for animated series to create “movies” by stringing together several episodes, ‘The Secret of The Sword’ was ground-breaking because it was the first such movie to have a theatrical release. The film grossed more than three times its $2 million budget at the box office.

The film introduces the relationship between She-Ra and He-Man and the conflict between the Horde and the Great Rebellion. She-Ra was created in answer to the popularity of ‘He-Man and The Masters of The Universe’ (the franchise of which had earned over a billion dollars for Mattel by 1984). She-Ra went on to become an inescapable force for both boys and girls.

Troubled by nightmares of the past, The Sorceress sends He-Man to Etheria equipped with a precious jeweled sword. During a fight against the Evil Horde, He-Man is captured by Force Captain Adora and imprisoned. Adora is disturbed from her sleep by a voice, a voice which leads her to the jeweled sword and to her destiny as She-Ra!

To celebrate the release we have 2 copies on DVD to give away. Enter below for a chance to win… a Rafflecopter giveaway

Advertisement. Scroll to continue reading.
In this article:He-Man, She-Ra