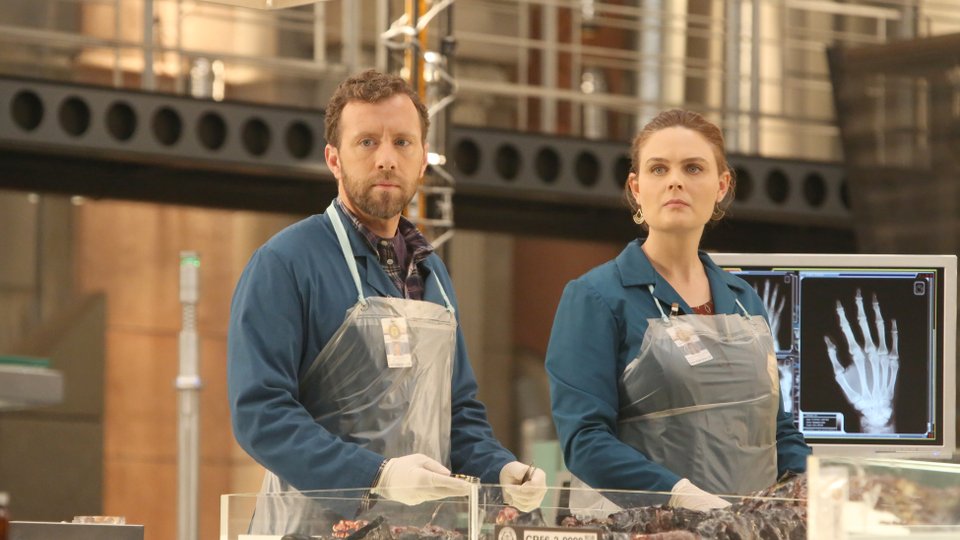 Bones finally returned to UK screens this week for its 11th and quite possibly final season.

6 months had passed since Booth (David Boreanaz) and Brennan (Emily Deschanel) quit their jobs to spend time together as a family with their two children. Booth now works as a trainer at the FBI and after leaving for work, Brennan was called in to the Jeffersonian when they found remains that indicated they were Booth’s.

With Booth AWOL, Brennan got to work with the team and quickly realised that the bones actually belonged to Booth’s brother. With the help of Agent Grace Miller (Kim Raver) and Aubrey (John Boyd), the team discovered that Booth had been working with a team to track down a drug lord. With Booth injured and still missing, the team have their work cut out to find him before it’s too late.

Elsewhere in the episode Arastoo (Pej Vahdat) messed up his proposal to Cam (Tamara Taylor) as she tried to decide whether to consider him to replace Brennan.

The next episode of the season is The Brother In The Basement. As more evidence related to Booth’s disappearance is uncovered, it appears vital information is being withheld by one of the team.