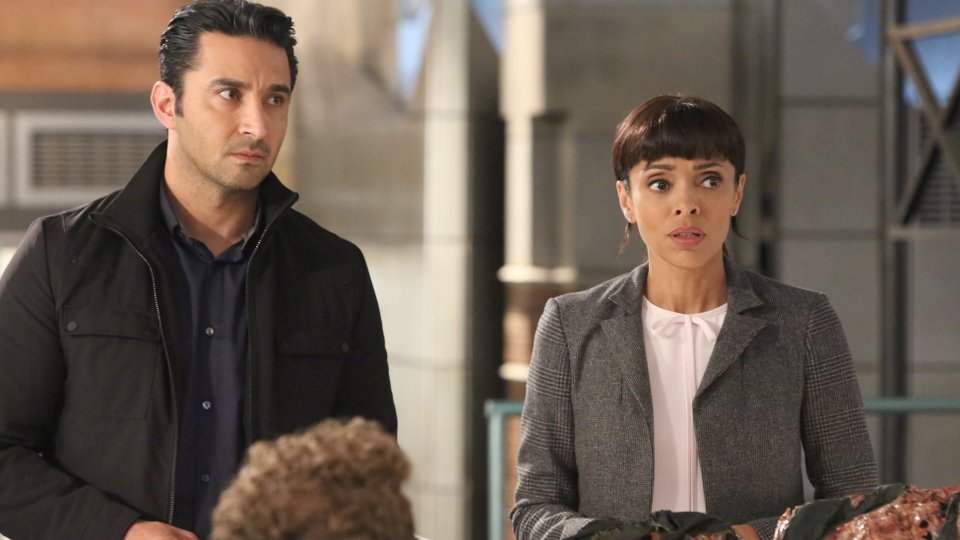 An aspiring film-maker’s death was the focus of this week’s investigation on Bones.

A body crashed through the windscreen of a moving car and led Brennan (Emily Deschanel) and Booth (David Boreanaz) to the set of a B-movie. Aubrey (John Boyd) was given the lead on the case and got frustrated with Booth telling him what to do all the time.

When he solved the case, Aubrey was offered a promotion as a supervisory special agent in Los Angeles.

Meanwhile Brennan spoke with Dr. Mayer (Betty White) to find out when she knew it was time to let go of her profession. It was intimated that Brennan was talking about herself but she was actually trying to understand Wendell (Michael Grant Terry) whose passion for forensic anthropology had visibly reduced.

The penultimate episode of the series is The Day in the Life. The team discovers Kovac has escaped, putting those closest to Booth in grave danger.