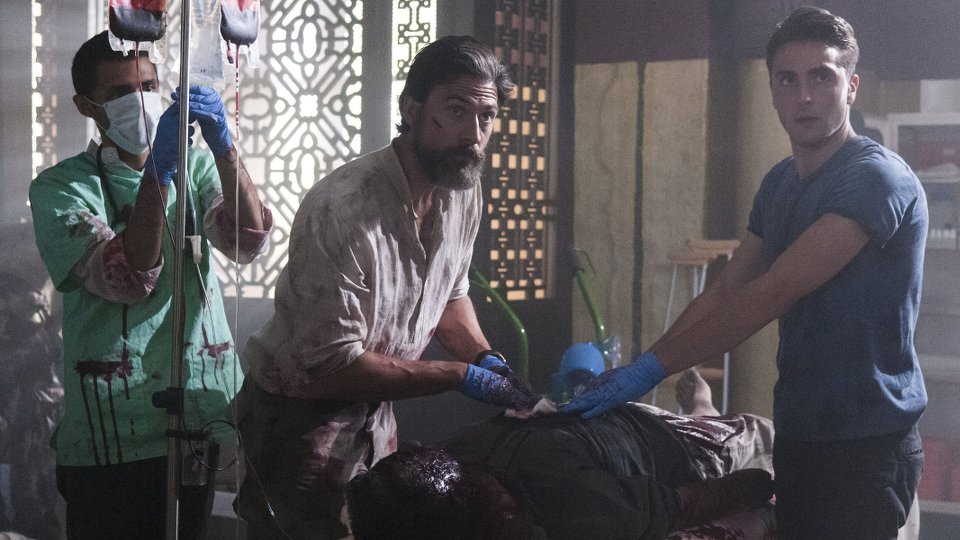 Amira (Alice Krige) was the latest casualty of Jamal’s (Ashraf Barhom) attempt to kill Rami (Keon Alexander) on the latest episode of Tyrant.

Being driven crazy by his own unfounded suspicions, Jamal co-ordinated a bomb attack but it backfired when the car carrying his own mother was hit. Believing that Rami was trying to overthrow him, Jamal had his son put in prison.

Elsewhere in the episode Leila (Moran Atias) appealed to Rami to trust her assuring him she would take Jamal out, Molly (Jennifer Finnigan) arrived at the palace looking for Amira, and Barry (Adam Rayner) prepared to ambush the Caliphate headquarters.

The next episode of the season is Desert Storm. To secure military support, Barry takes advantage of a sandstorm to overrun the Caliphate’s military base. As the political tide shifts, Leila re-examines her loyalties.