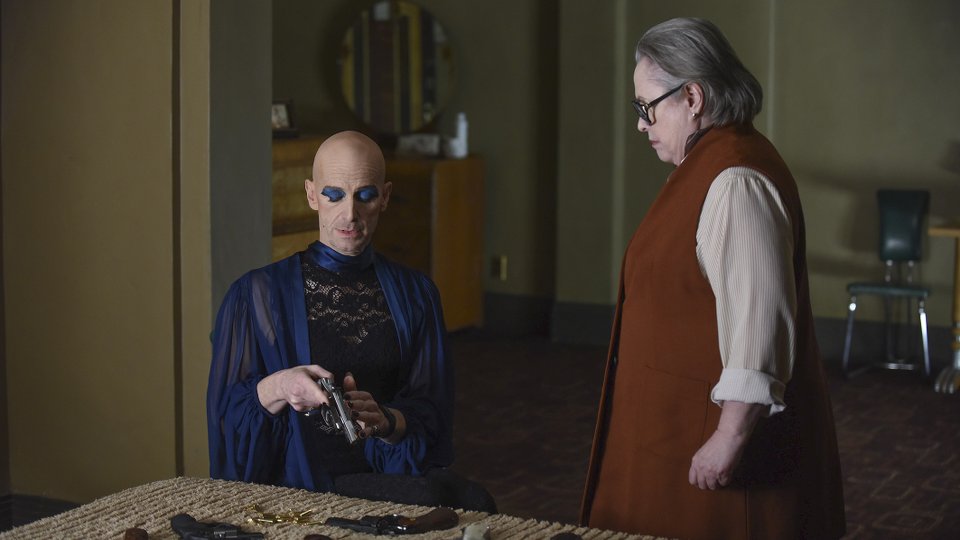 Is it the end for the Countess (Lady Gaga) and Donovan (Matt Bomer) on American Horror Story: Hotel?

It certainly looked that way as Iris (Kathy Bates) and Liz (Denis O’Hare) opened fire on the pair in an act of revenge. Liz was angry that the Countess had taken Tristan (Finn Wittrock) away from him and Iris realised that her son didn’t really love her.

Elsewhere in the episode Donovan killed Valentino (Finn Wittrock), the Countess killed her love rival Natacha (Alexandra Daddario), and Alex (Chloe Sevigny) reconnected with John (Wes Bentley) asking for his help to solve her problem of vampire children roaming the streets. Also Liz came face-to-face with her son for the first time in years.

The next episode of the season is Battle Royale. Ramona (Angela Bassett) draws vitality from an unlikely source. Sally (Sarah Paulson) uses her past to negotiate her future. Scarlett (Shree Crooks) learns the truth of her family’s affliction.