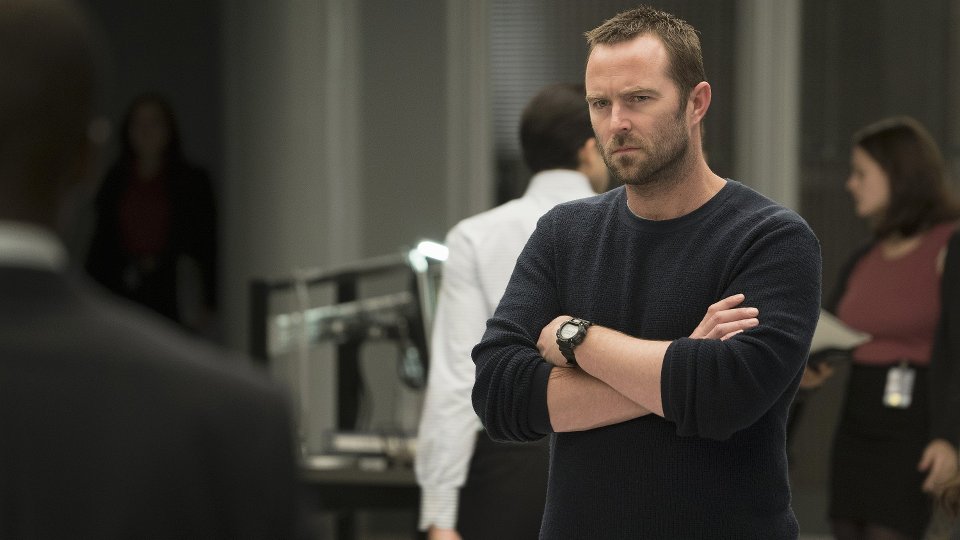 Patterson (Ashley Johnson) found herself in a whole lot of trouble on the latest episode of Blindspot.

After letting her boyfriend David (Joe Dinicol) help with decoding Jane’s (Jaimie Alexander) tattoos, Patterson was caught out by Mayfair (Marianne Jean-Baptiste) and reprimanded for allowing a civilian to access classified information. She was given a verbal warning and David was assessed to see if he was a threat.

Elsewhere in the episode Weller (Sullivan Stapleton) and Jane were sent to find Saúl Guerrero (Lou Diamond Phillips), a man Mayfair claimed to be Jane’s handler who was working against the FBI. When Weller brought Guerrero into the FBI, he realised Mayfair didn’t know him at all and after confronting her she told him about Operation Daylight.

The next episode of the season is Persecute Envoys. The murder of two police officers appears to have links to one of Jane’s tattoos. Meanwhile, Mayfair reflects on her chequered past.