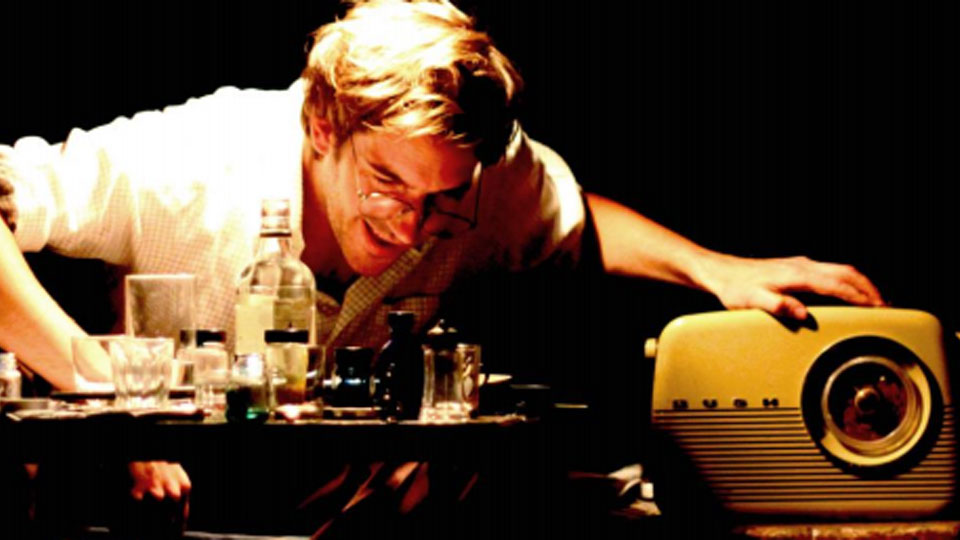 Botallack O’Clock is a funny, moving and thought-provoking journey into the creative mind of Roger Hilton CBE, one of the most unique voices in post-war British art. It plays from Tuesday 12th January – Saturday 6th February at the Old Red Lion Theatre in London.

In 1965, after representing Britain at the Venice Biennale, Hilton moved to the Cornish coastal village of Botallack, where his working routine began to break down, mainly as a result of his increasing addiction to alcohol (which he had long used to creative effect). For the final two years of his life, Hilton took permanently to his bed, where he continued to work, leaning over the side of his bed to paint on sheets of paper laid on the floor. Hilton would work through the night with only his thoughts, his imaginings and a temperamental radio for company.

Botallack O’Clock depicts a suspended hour of the night where Hilton’s past and present combine with his vivid imagination and tenacious personality, giving a humorous and intriguing insight into the mind of a true artist.

Writer Eddie Elks comments, “I’m incredibly excited that Botallack O’Clock is returning to London for a proper run. Roger’s thoughts and ideas, much like his paintings, are as relevant and arresting now as they were then. In a letter to his mother, whilst serving in WWII, Roger wondered whether one day his life would be made into a story. I hope he would have approved.”

See www.oldredliontheatre.co.uk for details and to book.