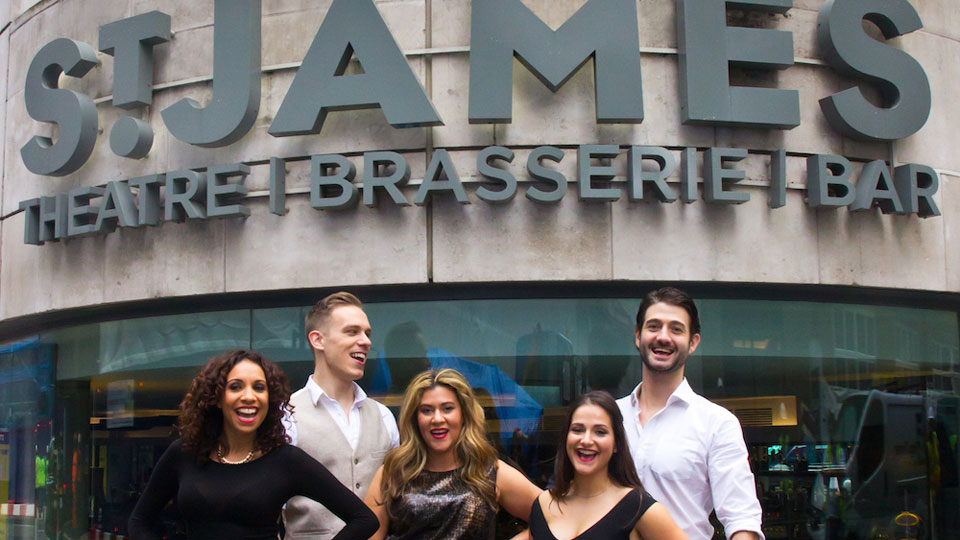 West End stars and esteemed musical theatre concert artists Debbie Kurup (Chicago, The Bodyguard) and Oliver Tompsett (Wicked, We Will Rock You) return to headline The World Goes Round: The Songs of Kander & Ebb, which transfers to the Studio at the St James Theatre, London for a strictly limited run from Tuesday 2nd to Sunday 7th February 2016.

Kander & Ebb are one of the most successful songwriting teams in Broadway history, best known for the international smash hit musicals Cabaret and Chicago. The multi-award-winning duo’s extensive repertoire has been performed all over the world. The World Goes Round is an enchanting revue showcasing popular and indisputable showbiz gems from their Broadway back catalogue.

The World Goes Round features songs from shows such as Cabaret, Chicago, Flora the Red Menace, Kiss of the Spider Woman, The Rink, 70 Girls 70, The Act and more, including favourites such as ‘All That Jazz’, ‘Cabaret’, ‘Mr Cellophane’ and ‘New York, New York’, with a live on-stage band.

Debbie Kurup, who has previously played Velma Kelly in the West End production of Kander & Ebb’s Chicago, will return to the show after headlining this year’s Hackney Empire pantomime, Jack and the Beanstalk, which follows her acclaimed portrayal of Reno Sweeney in the Sheffield Theatres and Stage Entertainment UK tour of Cole Porter’s Anything Goes. She previously played Nicki Marron in the West End production of The Bodyguard at the Adelphi Theatre.

Oliver Tompsett is best known for playing Fiyero in in the West End production of Wicked at the Apollo Victoria, Galileo in We Will Rock You at the Dominion and Drew in Rock of Ages at the Garrick. Earlier this year, he guested for the Tony Award winning American composer Jason Robert Brown at the Royal Festival Hall. A popular concert artist in his own right, he has also released a solo album, Sentimental Heart.

In this article:St James Theatre, The World Goes Round