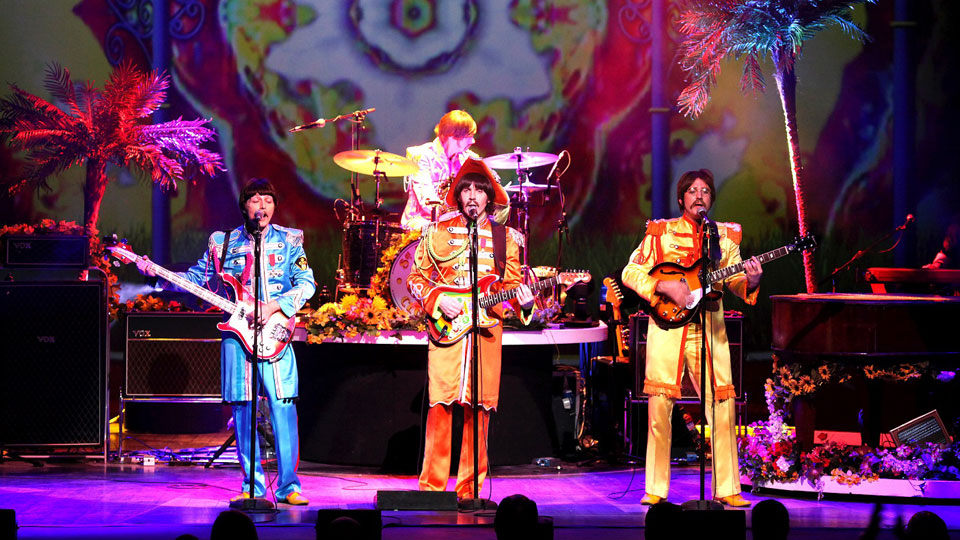 Audiences round the country are gearing up to Twist and Shout when the biggest ever tour of The Beatles’ celebration show Let It Be starts next week (Tuesday, 12th January) – and a further five venues have been added to the tour before the curtain even goes up.

The national UK tour will visit twenty-six theatres across England, Ireland, Scotland and Wales between January and July 2016 – entertaining theatregoers with a show spanning the iconic eras of the band’s illustrious career.

Opening with six performances at the Cliffs Pavilion in Southend on 12th January 2016, the tour continues throughout the spring and summer months with the final date currently confirmed as 23rd July at the Theatre Royal in Brighton.

The start of the new tour coincides with the 53rd anniversary of The Beatles’ second single, Please Please Me – which was released on 11th January 1963. Over half a century later, The Beatles have never been so popular with a real resurgence in the band’s popularity and new fans discovering their music.

Let It Be audiences can look forward to a show lasting more than two hours bursting with timeless hits, showstopping sets, dazzling costumes and a brilliant performance which fans will never forget.

The cast has been confirmed as Paul Canning and Reuven Gershon (John Lennon); Emanuele Angeletti and Iain Hornal (Paul McCartney); John Brosnan and Paul Mannion (George Harrison); Luke Roberts (Ringo Starr). The band will be joined on stage throughout the tour by Michael Bramwell on keyboards.

See www.LetItBeLive.com for details of the tour and to book.

In this article:Let It Be, The Beatles