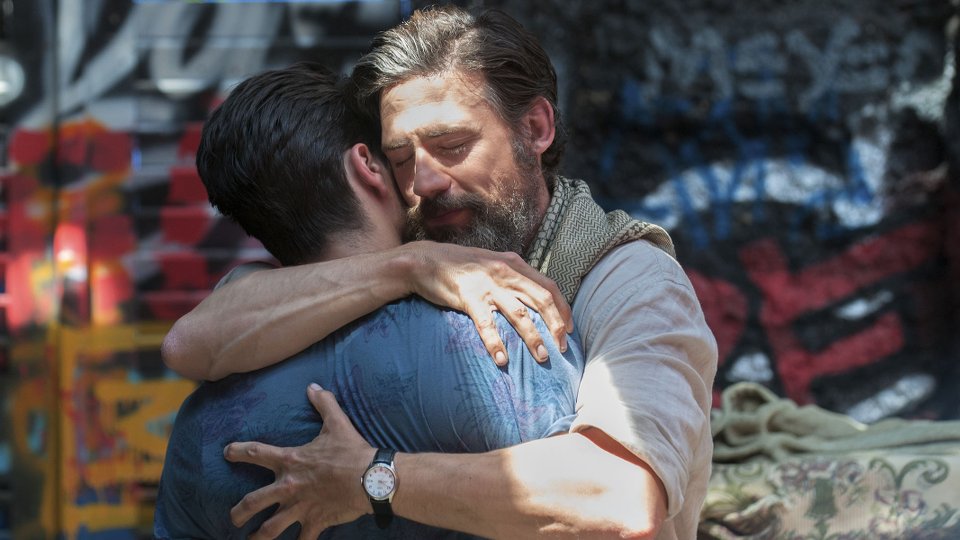 Barry (Adam Rayner) revealed that he was alive to Sammy (Noah Silver) on the latest episode of Tyrant.

After keeping a low profile and working with the Red Hand insurgency, Barry realised he had to tell Sammy the truth when his son forcefully tried to meet the head of the group. Sammy didn’t react well to his father being alive using aggression as his coping mechanism.

Elsewhere in the episode Jamal’s (Ashraf Barhom) mental breakdown continued as he fixated on Rami’s (Keon Alexander) military guidance, and Barry tried to form an alliance with the palace to fight the Caliphate without revealing his identity.

The next episode of the season is Inside Men and Outside Women. Increasingly suspicious of those close to him, Jamal believes Khalil is the only person he can trust. Deciding he should no longer hide the truth, Barry reveals to Molly that he’s alive.