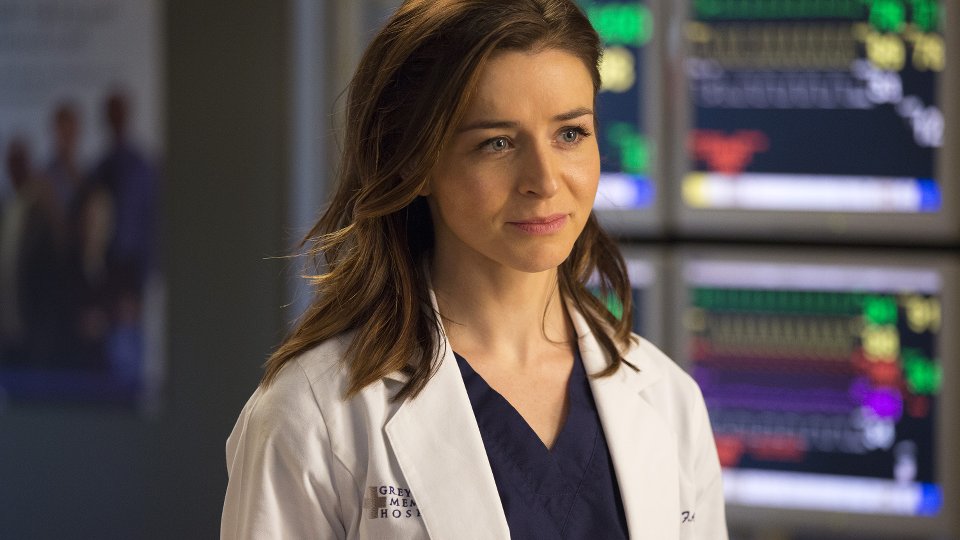 Jo (Camilla Luddington) worried that Alex (Justin Chambers) was never going to commit to her on the latest episode of Grey’s Anatomy.

After finding evidence of Alex and Izzie’s (Katherine Heigl) frozen embryos, Jo pushed Alex to tell her what their future was. Unfortunately Alex was too focused on having to make a difficult decision between newborn twins that needed liver transplants to be able to deal with Jo’s questioning leaving her more frustrated.

Elsewhere in the episode Meredith (Ellen Pompeo) learned to negotiate to get what she wanted from Bailey (Chandra Wilson), Maggie (Kelly McCreary) got drunk and hooked up with DeLuca (Giacomo Gianniotti), and Jackson (Jesse Williams) moved in with Bailey and Ben (Jason George).

The next episode of the season is Old Time Rock and Roll. An elderly patient encourages Arizona to believe in romance again. Plus, Maggie and Andrew deal with the aftermath of their hook-up.