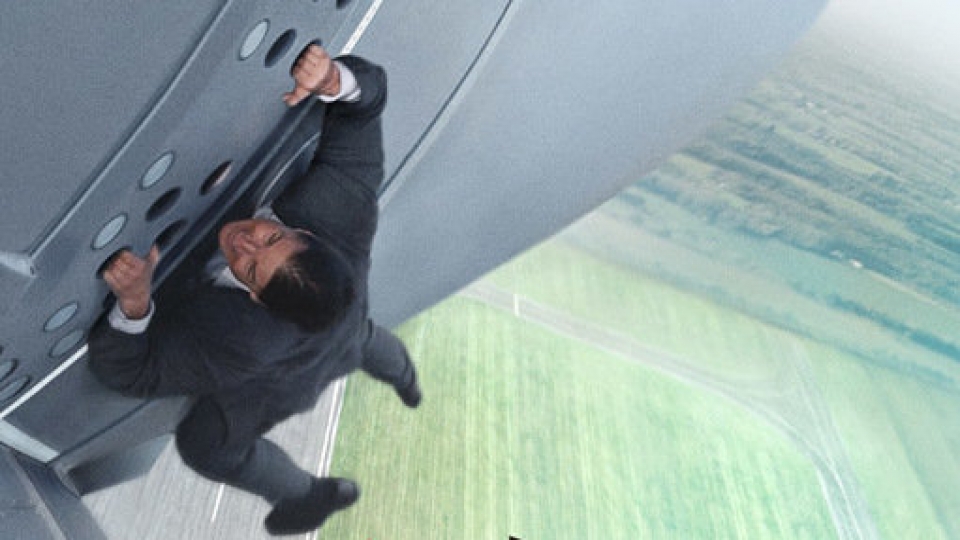 When it is revealed that a shadow organisation named The Syndicate actually exists, Ethan Hunt (Tom Cruise) assembles his team once again. The IMF are under scrutiny and are close to being shut down so Ethan faces a race against time to save the world and avert the onset of global terrorism, orchestrated by the head of the Syndicate (Sean Harris).

Tom Cruise is A-List personified and when he releases a film you are guaranteed a good time. Mission Impossible: Rogue Nation dutifully obliges and gives us one heck of an enjoyable summer blockbuster. But there are a few issues with the script that prevents Rogue Nation from becoming the complete success that we had hoped for.

More in tone with the first Mission Impossible film rather than its sequels, Rogue Nation feels like a very familiar film right off the bat, with a plot that doesn’t ignite any real sense of innovation. Location wise, London is featured a lot but it isn’t used to its full potential either. It’s miles better than the lacklustre attempt by Fast & Furious 6 to make the capital cinematic, but London is too iconic to not be used effectively. Thankfully, Casablanca in Morocco and Vienna in Austria are used far more cleverly and give the film a truly global feel.

The ageless Tom Cruise continues to amaze onscreen. He is a true star in every sense of the word and I don’t understand the constant criticism that’s always levelled at him. No one can do what he does in Hollywood and you don’t have a career as long as his without possessing natural, genuine talent. I hope the haters give him his dues; Cruise is simply awesome in Mission Impossible and deserves every credit for making this franchise such a fantastic ride.

Cruise is on top form again during the movie’s best set-pieces. The Burj Khalifa scene in Ghost Protocol was simply stunning – a high-rise skyscraper stunt that left you in pieces. It was the best action sequence of that year, full of palpable tension and giddy excitement. Nothing in Rogue Nation beats that but this time around; Cruise famously hangs off the side of a plane that’s taking flight. It’s really him doing the stunt and it’s as crazy and breathtaking as it sounds. I’m not even scared of heights but my palms were sweaty just watching this iconic scene unfold. It’s awesome stuff and to witness it in IMAX is something truly spectacular too.

Elsewhere, Cruise and Rebecca Ferguson do exceptionally well with an underwater heist scene that constantly surprises. This seamlessly blends into a sensational car chase that later becomes a frantic motorcycle dash. These scenes are where Rogue Nation unequivocally succeeds and they give the audience just what we want. It’s a real shame that the script and pacing elsewhere don’t match up to these amazing set-pieces.

Speaking of Rebecca Ferguson, she makes a very welcome addition to the fold and more than holds her own onscreen, especially thanks to some brilliantly choreographed fight scenes. It’s a shame that the other brilliant actresses who have played such pivotal roles in this franchise’s success aren’t anywhere to be seen in Rogue Nation. Maggie Q and Paula Patton need to return to the series as their characters were excellent and deserved more screen-time.

Ferguson has a very natural screen presence and works well, especially when bouncing off Cruise. The rest of the cast are as reliable as ever with Jeremy Renner, Ving Rhames and Simon Pegg doing very well alongside the always entertaining Alec Baldwin. In-spite of looking like the ultimate bad guy, Sean Harris isn’t given enough to do here and his role feels like a missed opportunity.

Mission Impossible: Rogue Nation is still a huge amount of fun, regardless of its shortcomings. It delivers one of the best summer blockbusters of the year and for sheer escapist fun, it’s hard to beat. It’s just a shame that after such strong instalments that built upon the legacy of the franchise, Rogue Nation feels like a side-step rather than true progression. I’m sure this will be rectified in the next instalment. But when Tom Cruise is involved, you are always guaranteed an unforgettable ride regardless.