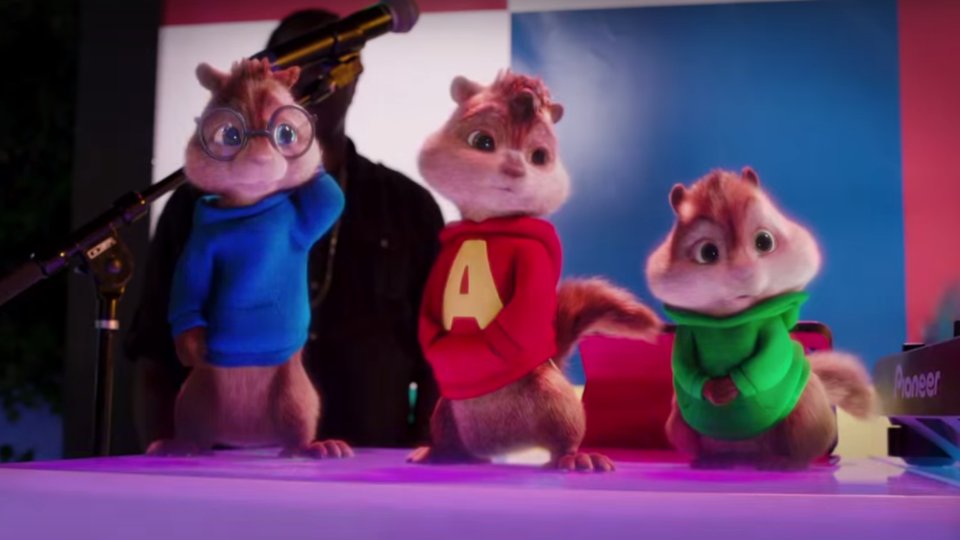 A lyric video and film clip has been released from Alvin And The Chipmunks: The Road Chip featuring the loveable characters performing their version of Mark Ronson and Bruno Mars’ Uptown Funk.

Through a series of misunderstandings, Alvin, Simon and Theodore come to believe that Dave is going to propose to his new girlfriend in Miami…and dump them. They have three days to get to him and stop the proposal, saving themselves not only from losing Dave but possibly from gaining a terrible stepbrother.

The film features the voice talents of Jason Lee as Dave (Alvin and The Chipmunks franchise), Tony Hale (Arrested Development, Veep), Kimberly Williams-Paisley (Father of the Bride, Josh Green (The Good Wife), Bella Thorne (Disney’s Shake It Up, The Duff) and Justin Long (He’s Just Not That Into You) as Alvin, Matthew Gray Gubler (Criminal Minds) as Simon, Jesse McCartney (Alvin and The Chipmunks franchise) as Theodore, and Kaley Cuoco (The Big Bang Theory) as Eleanor, Anna Faris (Cloudy with a Chance of Meatballs franchise) as Jeanette, and Christina Applegate (Anchorman) as Brittany.
Directed by Walt Becker (Wild Hogs), Produced by Janice Karman, p.g.a. and Ross Bagdasarian, p.g.a. and Written by Randi Mayem Singer (Mrs Doubtfire) and Adam Sztykiel (Due Date), based on characters Alvin and The Chipmunks created by Ross Bagdasarian and The Chipettes created by Janice Karman

Alvin And The Chipmunks: The Road Chip is released in UK cinemas on 12th February 2016. Watch the lyric video and see the film clip below:

Advertisement. Scroll to continue reading.
In this article:Alvin And The Chipmunks: The Road Chip