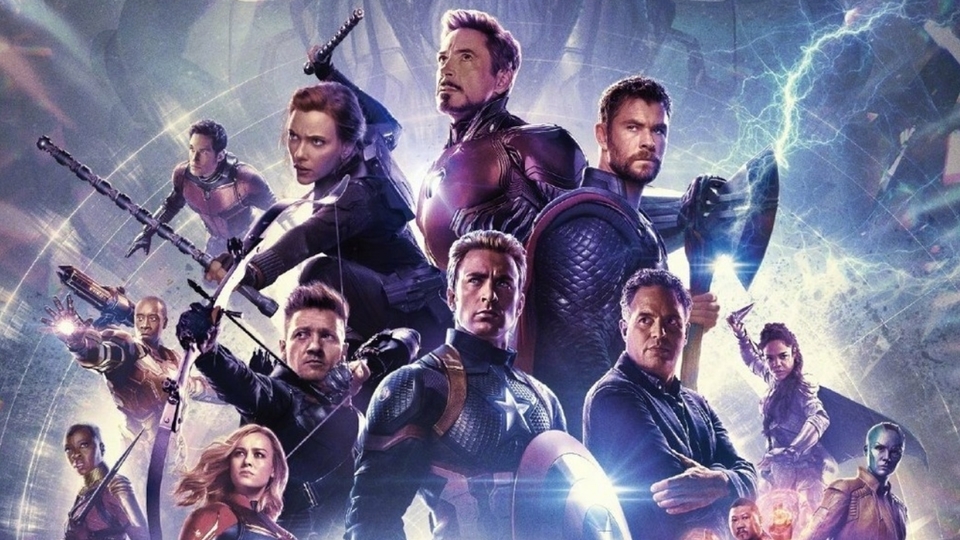 After 22 movies, the Marvel Cinematic Universe (MCU) draws three phases of films to a close in a staggering ode to blockbuster filmmaking. A culmination of 11 years of hard work, Marvel Studios have produced one of the greatest cinematic sagas of all time, and the release of Avengers: Endgame marks not only a significant milestone in their ambitious project, but an intriguing look at where the studio may choose to go for its next chapter.

This is a spoiler-free review so plot-wise, there’s not too much I can divulge – and you wouldn’t want me to either. A big component to Avengers: Endgame’s success is its ability to surprise you multiple times. The film’s marketing campaign has been exceptionally well-handled, with trailers and images that have been officially released not giving anything crucial away. It’s exactly how a movie should be marketed. All you need to know is that after the cataclysmic events of Avengers: Infinity War, the remaining heroes band together for one final stand against Thanos (Josh Brolin).

Something that the directing duo of Anthony and Joe Russo has managed so well in the past is giving each of the characters in the Marvel Universe depth and progression, and that’s not easy when your ensemble is as big as the entire MCU roster. Captain America: Civil War remains the best film in the MCU for me, and along with Infinity War gave their talent a great platform to really shine onscreen, no matter how small their role. That’s a trickier task this time around for the Russo Brothers.

Avengers: Endgame is very much the final act of Infinity War and because of the plot’s directions, some of the characters weren’t as well-represented as I would have liked. That was a shame given how well they managed to balance everything in the previous films, but the characters that do feature prominently all deliver absorbing and heartfelt performances. Chris Evans and Robert Downey Jr. understandably do most of the heavy lifting and their respective roles have so many amazing moments that will stay with you for long after the end credits roll.

Scarlett Johansson does really well, and her performance is the touch-paper that ignites so much of the emotional pull throughout the film. The same can be said for Jeremy Renner too, whose story-arc is heartbreakingly absorbing. It was really nice to see Karen Gillan have a lot more to do as Nebula and she steals a lot of her scenes. Chris Hemsworth flexes his comedy muscles a lot more than I was expecting and seeing Brie Larson’s Captain Marvel seamlessly fit into the MCU fabric was a joy.

The set-pieces are all astounding, with the last hour almost entirely made up of jaw-dropping action and excitement. There’s a particular scene involving practically all of the MCU women that will generate cheers in the cinema aisles as it’s done so well. And that’s true of the entire film. Avengers: Endgame really does give fans what they want to see– and why not? After such a long journey we all care deeply about these characters, so having these moments really does reward the universe of fandom that have placed Marvel at the very top of the blockbuster tent-pole.

This is also a film that will make you cry – a lot. It explores so many storylines that gleefully tug at your heartstrings that it’s safe to say you should bring some tissues to the cinema. Every single storyline has been mined for maximum emotional resonance and the end result is a film whose first hour is almost relentless in its bid to hook you in. Time travel plays a big role in the film as expected, and any film that goes down this path knows how messy it can get when it comes to the science and maths behind it. Taken on face vale it’s great, and the device is used well to bring the story to a satisfying conclusion, but there are a few things that will take a second viewing to clarify.

Speaking of second viewings, it’s no suprise that Avengers: Endgame has been sold out for a lot of the big IMAX screenings so far, but the format really is the best way to experience this film. With repeat viewings proving to be big business for this movie, I’d certainly suggest you try and catch it at least once in IMAX because it’s an incredible viewing experience. You get more picture, clearer images, bigger sound and the whole experience is just amplified for maximum impact. Avengers: Endgame is a film made to be experienced in IMAX.

For me Avengers: Infinity War is a better all-round film, but Endgame delivers such an emotional punch that it can’t really be begrudged. With a natural conclusion and an opportunity to launch into a bold new phase of storytelling, Avengers: Endgame is what blockbuster cinema should always aim for. It’s engaging, emotionally-driven and takes the time to acknowledge the audience that have placed this franchise at the absolute pinnacle of blockbuster storytelling. Expect Avengers: Endgame to become the biggest box-office movie of all time, and on balance, it most certainly deserves the accolade.

Want a refresh on a few Marvel movies before seeing Avengers: Endgame? Then check out our reviews below!