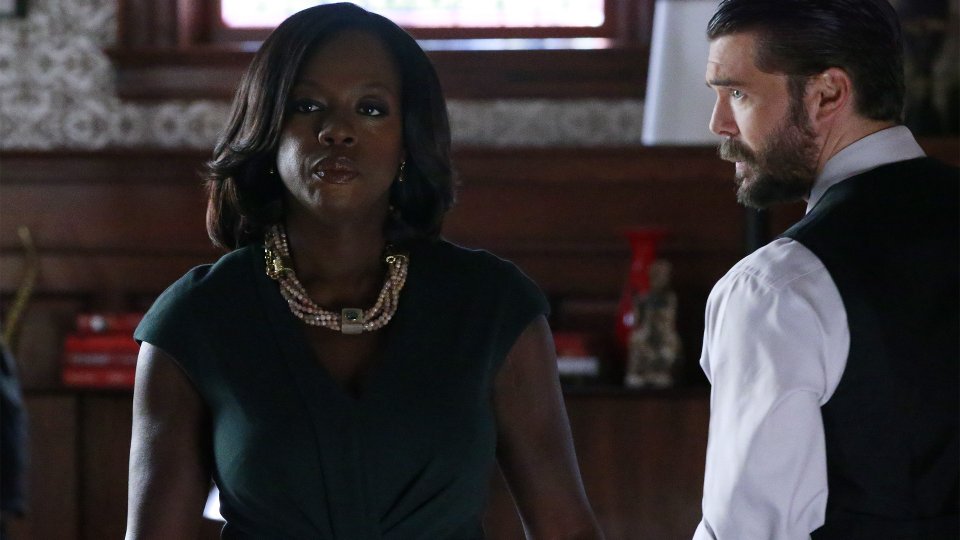 Annalise (Viola Davis) went to extreme lengths to keep Asher (Matt McGorry) onside in the latest episode of How to Get Away With Murder.

After Bonnie (Liza Weil) falsely confessed to Asher that she was the one who killed Sam (Tom Verica), she feared he would go to the police and tell them what he knows. In a last ditch bid to protect Bonnie, her students and herself, Annalise showed Asher a video of Bonnie as a child being sexually abused by her father to try and get him not to tell anyone what he knows.

Elsewhere in the episode Wes (Alfred Enoch) continued to explore Rebecca’s (Katie Findlay) disappearance convinced that it was something to do with Frank (Charlie Weber).

In the flashforward Bonnie and Asher were seen together at a rest stop as Bonnie went into the bathroom to wash blood off herself. She returned to the car to find Asher gone.

Flashforward: Bonnie and Asher are together when they stop at a rest stop. Bonnie goes to the bathroom and washes blood off herself and returns to find Asher is gone.

The next episode of the season is Two Birds, One Millstone. Annalise assists a transgender professor accused of murder. Keating’s students uncover a new suspect in the Hapstall case.