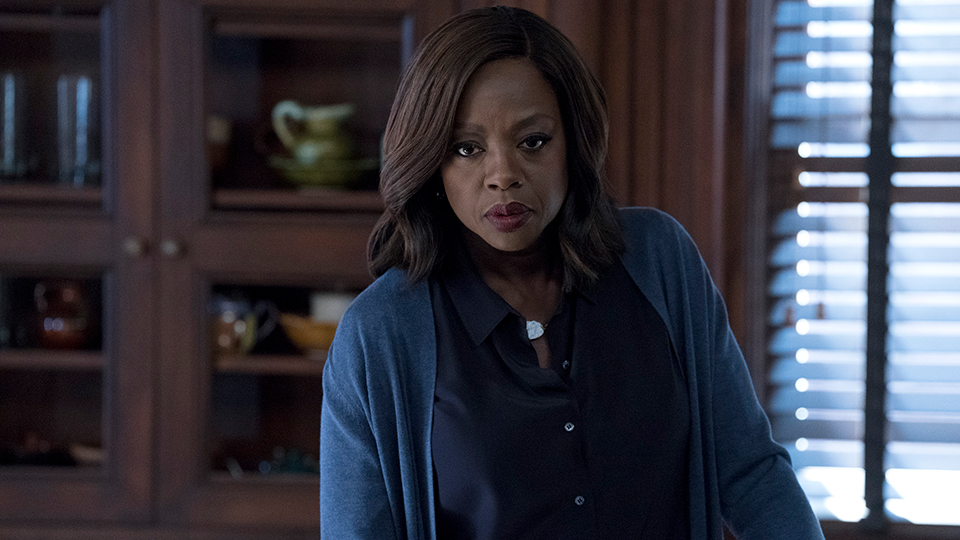 Annalise (Viola Davis) and Olivia Pope (Kerry Washington) took the class action to the Supreme Court on the latest episode of How to Get Away With Murder.

The two women pushed the case through but Annalise had a wobble on the day of the hearing after learning that Isaac (Jimmy Smits) had tried to kill himself with an overdose. Tempted to drink, Annalise was given a pep talk by Olivia and she showed up for the hearing.

With the help of Michaela (Aja Naomi King) and Marcus (Cornelius Smith Jr), Annalise succeeded in getting her case heard after using one of the judge’s own words against him. The result was postponed but the signs looked like Annalise and Olivia would win.

Meanwhile Michaela and Marcus slept together, Frank (Charlie Weber) told Laurel (Karla Souza) that her mother was keeping secrets from her and showed her the recordings Wes (Alfred Enoch) made, and Simon (Behzad Dabu) woke up from his coma.

The next episode of the season is The Day Before He Died. Annalise helps the Keating 4 concoct a plan to prepare for another round of questioning after detectives get a break involving Simon’s case.