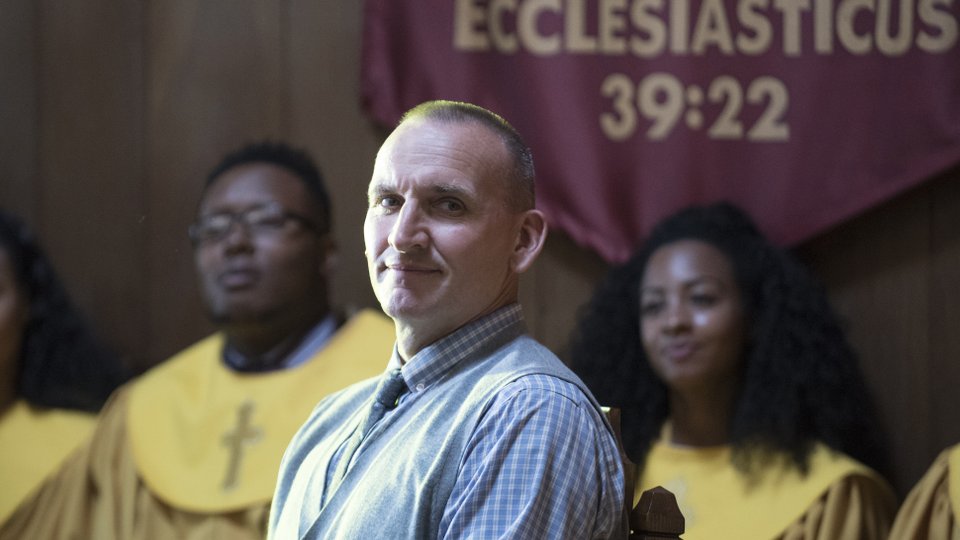 Nora (Carrie Coon) got the fright of her life when an earthquake hit Miracle and she feared that another Sudden Departure had happened in the latest episode of The Leftovers.

After discovering that Kevin (Justin Theroux) was alive and well, but still sleepwalking, Carrie agreed to keep his night time activities secret so that he was suspected in the disappearance of the Murphy’s daughter Evie (Jasmin Savoy Brown). Unsure of what had happened, Kevin joined the search party for Evie and was taken on a violent trip with John (Kevin Carroll) who was frantically searching for his daughter.

Throughout the episode Kevin continued to see Patti (Ann O’Dowd) and after an intense conversation where he tried to prove she wasn’t real, a man watching from the tower in square asked him who his friend was. Could Patti really be alive and well?

Meanwhile Jill (Margaret Qualley) started to bond with the Murphy’s son Michael (Jovan Adepo) after the two spent time together and he fixed the Garvey’s leaking tap.

The next episode of the season is No Room at the Inn. Rev. Matt Jamison (Christopher Eccleston) takes his vegetative wife Mary (Janel Moloney) outside of Miracle to seek answers about her condition. But their lives take a dangerous detour when Matt is barred from returning to town. Matt races to get Mary back into Miracle while struggling to keep her safe from desperate tourists who are squatting just outside Miracle’s gates.

Advertisement. Scroll to continue reading.
In this article:The Leftovers