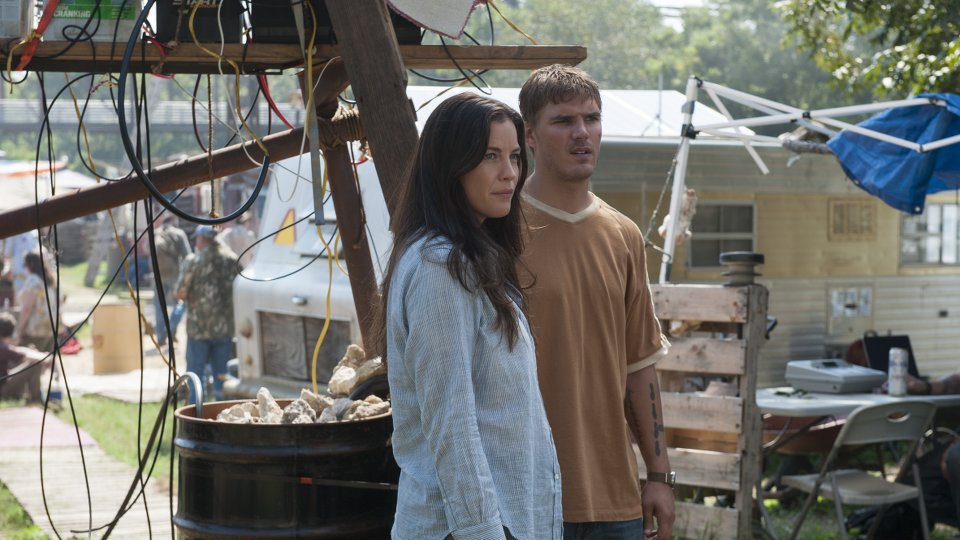 Meg (Liv Tyler) was the focus of the latest episode of The Leftovers as she made her way to Miracle.

We saw moments from Meg’s life pre and post the Sudden Departure. It was revealed that she was a coke addict who was dining with her mother day before the Departure and after going to the bathroom for another bump, Meg returned to find her mother being revived. Dealing with her grief over her mother’s day Meg searched for answers and didn’t find them but she did meet Evie Murphy (Jasmin Savoy Brown).

In the present day Meg was bordering on crazy as she terrified a bus load of children by throwing a dead grenade in the bus and locking them inside. It was revealed that she was becoming removed from the Guilty Remnant and after tracking Tom (Chris Zylka) down, Meg convinced him to go to Miracle with him. Viewers also saw that Evie was alive and well in the camp outside of the Miracle community.

The season finale is I Live Here Now. Kevin comes clean to a skeptical John about his connection to Evie’s disappearance, as Miracle faces an unexpected threat on the fourth anniversary of The Departure.