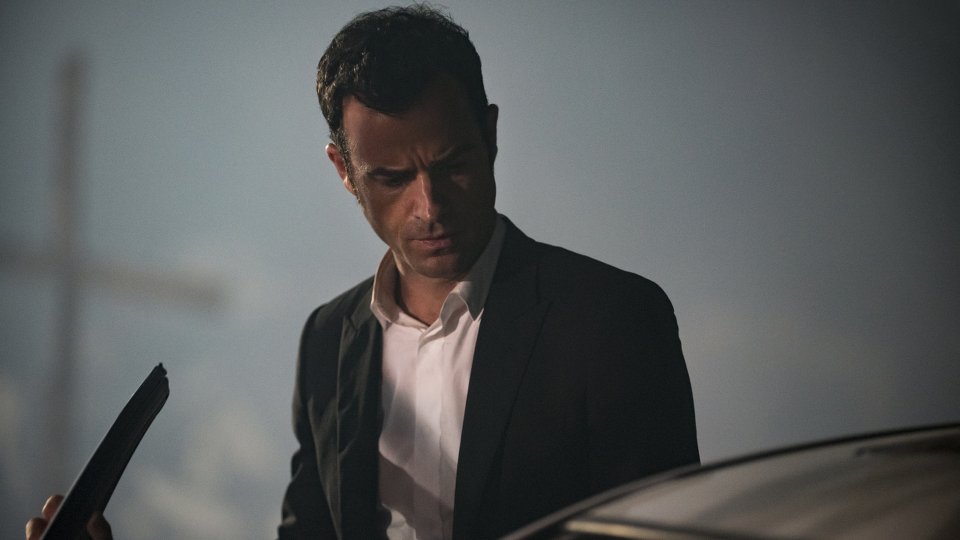 Kevin (Justin Theroux) resorted to desperate measures to try and get rid of Patti (Ann O’Dowd) on the latest episode of The Leftovers.

After waking up to discover that Nora (Carrie Coon) had left him following his admission that he was seeing Patti, Kevin turned to Virgil (Steven Williams) to help him get rid of her. Virgil told Kevin that he had to meet Patti in death in order to stop seeing her. Kevin agreed to drink an elixir of poison and as his heart stopped, Virgil shot himself in the head.

Elsewhere Laurie (Amy Brenneman) arrived in Miracle looking for Tom (Chris Zylka) and wasn’t greeted happily by Jill (Margaret Qualley). She was also disturbed to see how Kevin was acting and was worried he was following in the footsteps of his father.

The next episode of the season is International Assassin. In the wake of Kevin’s desperate decision to vanquish Patti, questions and answers emerge as the world adjusts to the repercussions of what comes next.